Malawi Confederation of Chambers of Commerce and Industry (MCCCI) says the country is failing to make strides in exports due to dependency on a few trading partners.

The observation comes on the backdrop of statistics compiled by MCCCI which show Malawi imports more consumer goods and food products from South Africa (SA), generating more trade with Malawi than any of its major trading partners. 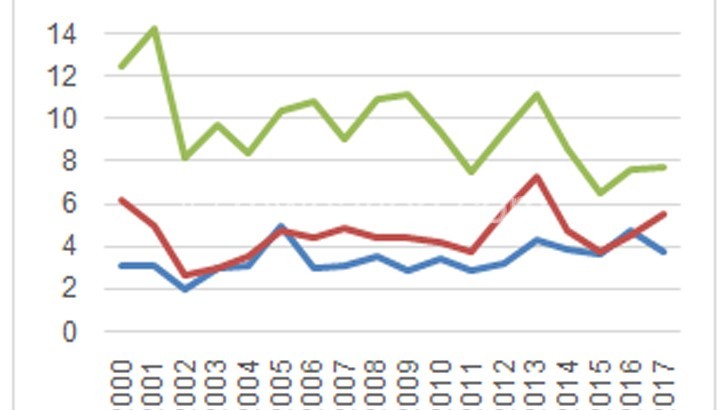 On the other hand, imports from SA accounted for 7.7 percent of GDP and 57.9 percent of all imports from the 14-member Southern Africa Development Community (Sadc) region.

In the report, MCCCI said for the past decades, the share of imports, as a percentage of GDP, from SA has always been larger than the share of imports from both the 19-member Common Market for Eastern and Southern Africa (Comesa) and the European Union (EU) countries.

Last year, imports from Comesa and EU accounted for 3.8 and 5.5 percent of GDP, respectively.

MCCCI says the trade-to-GDP ratio for Malawi indicates that the country has a higher level of integration to some regions, particularly SA.

It says the economy is highly integrated to the Sadc and the EU than it is to Comesa.

The private sector lobby group fears economic developments in the Sadc and the EU that affect the level of trade will, therefore, have a greater impact on the country’s economy than those prevailing in the Comesa region.

Reads the report: “Since Malawi imports more from South Africa, economic conditions in the latter will influence the Malawi economy more than conditions in any of its trading partners.

“On top of that, the nation will be more vulnerable to conditions affecting its imports since more international trade is generated through imports and less through exports.”

Over the years, Malawi’s trade pattern has revealed a widening trade deficit with figures showing that last year, total exports grew from K792 billion to K807 billion while imports have shown an increasing trend from K1.49 billion in 2016 to K1.56 billion in 2017,  according to the 2018 Malawi Government Annual Economic Report.

The International Trade Centre (ITC) earlier observed that Malawi is yet to exploit significant untapped export potential across  diverse products estimated at $333.5 million (about K246 billion), a situation that is contributing to the country’s worsening trade performance.

Ministry of Industry, Trade and Tourism principal trade officer Diamond Chikhasu said while Malawian exporters are able to benefit from preferential market access to a number of developed and developing country markets,  the challenge has been inadequate productive capacity to take full advantage of these opportunities by producing goods and services of the right quality and quantity.