On June 23 2020 Malawians went to the poll to elect a President following nullification of the May 21 2019 presidential election by the High Court.

Some of the major issues that most Malawians, on Social Media and offline, highlighted was the need for a country that is not defined by region or one’s tribe—Malawi for all.  Tribalism, cronyism and nepotism which characterised the past regime should remain in the past and never again should this country be divided based on regions and tribal leanings.

Your vote, your sacred weapon

Malawians also want an end to corruption and mismanagement of public coffers. Many argue that though Malawi is rated one of the poorest countries, it is not lack of capacity that has seen Malawi’s economy tumbling, rather it has been lack of political will, corruption, greed and nepotism that have brought this country’s economy to its knees.

To the new regime, I say congratulations. But you have time to seat pretty on that seat. You have no time criss-crossing the country to conduct ‘Thank You’ rallies which are a waste of time and resources. You, Mr. President you have no time for unnecessary political revenge. This country needs fixing.

Those ‘good-for-nothing’ development rallies your predecessor used to hold, I hope you will have none of that unless it is absolutely necessary to have a rally during work days.

Let there be no witch-hunting, but anyone who stole from Malawians has to pay back what they stole. Those who committed crimes, let them face the long arm of the law. This is also part of fixing this country. No one who stole from Malawians should be let scot-free. Do not be fooled by those who have already started outing others, yet all along they kept quiet as this country was being striped bare.

Fixing this country will be easy and possible if you will pay attention and listen to those who are critical of you, do not dismiss them. The past regime was known for not listening to dissenting views. You are there on trust and once Malawians lose their trust, you too, just like your predecessor, will face the wrath of Malawians. Make no mistake about that.

Malawians have confidence in you, do not let them down. 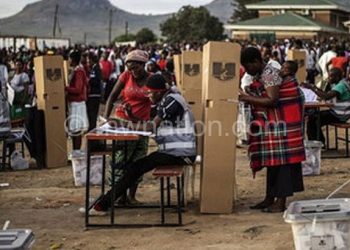 Your vote, your sacred weapon