Malawi Queens at the weekend proved too strong for Sri Lanka as they clinched the two-match test series at the College of Medicine (CoM) Sports Complex in Blantyre.

A 76-48 triumph in the second test match on Saturday was an improved result following a 71-51 victory in the first test on Friday evening. 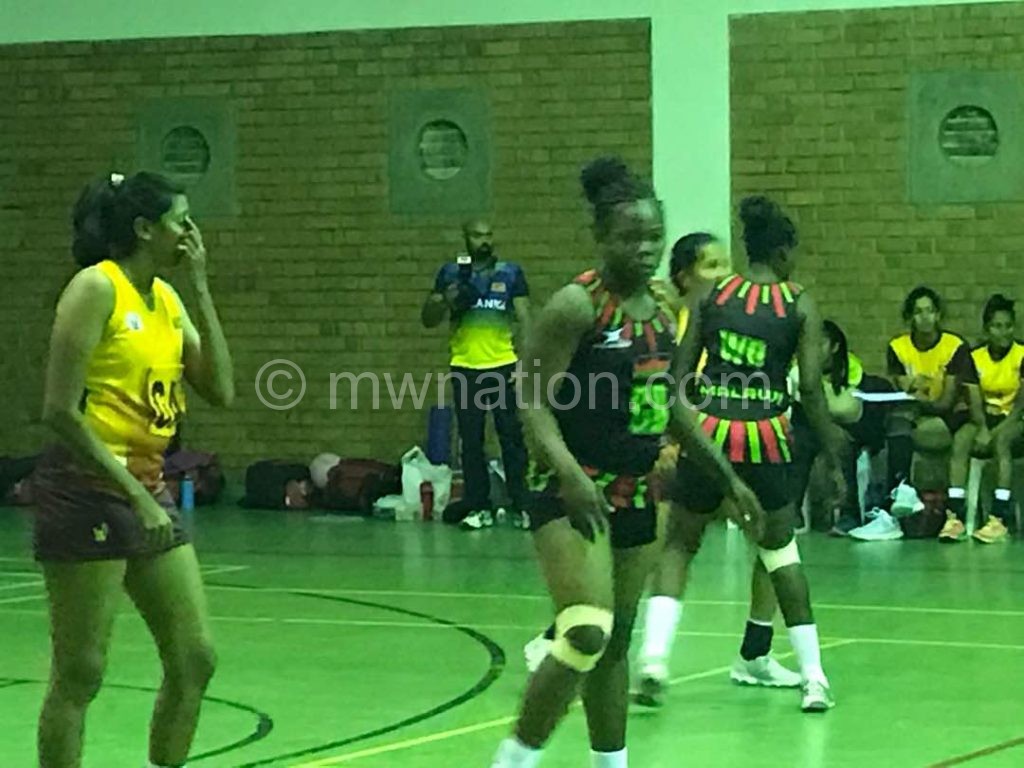 Nevertheless, their latest victories by less than 30 baskets have proved that the world’s sixth-ranked Queens need to pull up their socks ahead of the African Netball Championships to be held in Zambia from August 13 considering that Malawi managed to thrash 26th ranked Sri Lanka by 90 baskets following a 108-18 scoreline during the 2015 Netball World Cup in Australia.

On Saturday, the Queens narrowly led 21-14 in the first quarter before increasing the tally to 38-22 and 57-37 in the subsequent segments. On Friday, they let the visitors take a 16-17 lead before settling for 32-all draw at half time and struggling to turn the tables at 52-40 in the third quarter.

With all the players that played against the Sri Lankans at the 2015 global showpiece, except the injured Australia-based shooter Mwawi Kumwenda, it was expected that the Queens would win easily against their taller opponents, whose 209-metre tall shooter Tharjani Sivalingam had little struggle under the loop.

“We could not easily beat the Sri Lankans as we were trying different combinations of players in preparations for the African Championship. We have noted our strengths and weaknesses and we will do the necessary tightening of the loose ends,” said Queens coach Griffin ‘Zagallo’ Saenda.

Before facing the Queens, Sri Lanka also played against the Malawi Under-20 national team, which is tuning up for the Under 20 Region Five Games in Botswana this December, Rainbow Paints Southern Region Netball League defending champions Kukoma Diamonds and GOtv Netball champions Blue Eagles Sisters.

The visitors lost five of their six games. They started off their friendlies with a 56-56 draw with the Junior Queens before a 64-67 defeat. They also lost 38-53 to Diamonds and 55-66 to Eagles.

Sri Lanka coach Thilaka Jinadasa said although they did not win a single match, their narrow defeats have given them confidence of doing well during the Asian Netball Championships between September 1 and 9 in Singapore.