Malawi has received 1.9 million doses of oral cholera vaccine from the Global Emergency Stockpile for the first round of the vaccination campaign.

The consignment comes with support from the World Health Organisation (WHO), United Nations Children’s Fund (Unicef) and partners.

The Ministry of Health is planning to conduct a cholera vaccination campaign over the next few weeks.

The campaign will target 1.9 million adults and children from one year old upwards who are living in flood-affected and cholera-prone districts, especially Nsanje, Chikwawa and Machinga.

This follows a cholera outbreak detected in Malawi last month.

According to the Public Health Institute of Malawi, Nsanje and Machinga districts have reported three deaths from 75 cases treated so far.

Gavi, the global vaccine alliance, has approved 3.9 million oral cholera vaccines to reduce the risk of cholera spreading in all districts affected by floods caused by Tropical Storm Ana.

Assessments by the Department of Disaster Management Affairs show that insufficient access to safe drinking water, sanitation and hygiene put the displaced people in overcrowded camps at risk of cholera and other diseases.

These emergency supplies have been prepositioned in high-risk districts to enhance cholera response and readiness.

Said Kayita: “Every death from cholera is preventable with the tools we have today.

“Therefore, WHO commits to provide support to the Ministry of Health to implement immediate, long-term cholera control, including surveillance, outbreak response and preventive measures.”

Ministry of Health director of preventive health services Dr Storn Kabuluzi said despite the recurring of cholera in the country, the government is committed to the global strategy to eliminate cholera.

“With technical support from WHO, the country is implementing a multisectoral approach integrating strengthened surveillance, vaccination, community mobilisation and water, sanitation and hygiene to prevent and control cholera in hotspot districts,” he said.

The first cholera case in the country was detected in Nsanje in 1973.

Traditionally, outbreaks are confirmed in flood-prone districts along Lake Malawi and in the Shire Valley due to flooding. WHO is supporting UN member States to meet the Global Task Force on Cholera Control roadmap to reduce cholera deaths by 90 percent by 2030. 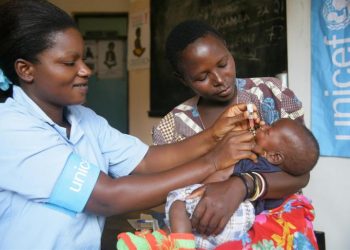