Football Association of Malawi (FAM) has said it will shelve plans to hire a new Flames coaching panel due to lack of funding.

FAM president Walter Nyamilandu was responding to a question on the way forward following the expiry of Tom Saintfiet-led interim coaching panel.

“The positions of coach and his assistants will be vacant  because the government vote towards the cause still caters for the previous coaching panel  and, therefore, I don’t think the process of hiring a new panel will be done anytime soon as there are a number of issues that need to be addressed,” said Nyamilandu.

He said FAM cannot even engage another interim coaching panel having exhausted its K60 million (about $150 000) allocation from government for the current fiscal year.

“So, until the situation is normalised, the positions will remain vacant,” he said.

Nyamilandu also said at stake is Flames participation in the 2015 Africa Cup of Nations qualifiers.

“We cannot plan unless government assures us on the availability of extra funding,” he said.

Asked what would be the repercussions in the event that government sticks to its guns not to provide supplementary funding, Nyamilandu said: “It means we’ll pull out from the tournament.

“But as at now it looks bleak because government made it very clear that they will not entertain any supplementary funding request that is what we were told, nevertheless, we’ll go ahead with the request.”

The FAM president said a single high-profile match costs about K30 million (about $75 000) “and that means we’ll need about K60 million to cover the two matches that we’ll play between March and June next year.”

Asked what FAM is doing on its own to complement government’s funding towards national team activities, Nyamilandu said: “It is not our responsibility to run the national team, we run it on behalf of government, it is a national asset.

“Our responsibility is development programmes and the money that we get from Fifa is purely for administration and development and we are not supposed to use it for national team activities and Fifa is very strict on that.

“So, it is up to the country and government whether they want the national team to take part in the high-profile competition.”

Nyamilandu claimed that FAM has all along been supplementing national team engagements in a number of ways from the sale of replica jerseys, gate-takings and TV rights.

He cited camping allowances and the international friendly match against Botswana in February.

However, principal secretary in the Ministry of Youth and Sports Alex Mseka said as far as he knows, nothing has changed on the decision not to provide extra funding to associations.

“Of course I have not been to the office for the past seven weeks or so, but the issue of budgets is true and we agreed that there would be no supplementary funding.

“Instead, it was suggested that associations should intensify their marketing drives and fund-raising activities or just forget participating in international tournaments,” said Mseka.

FAM exhausted its K60 million allocation in only the second month of the current fiscal year and had to negotiate for K25 million (about $62 500) extra funding from Treasury through the Ministry of Youth and Sports. 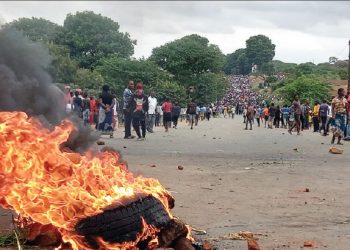