Malawi will be a network of roads—JB

Malawi President Joyce Banda has said she is advocating for Malawi to have a good network of roads to reduce economic and transport problems in the country.

Banda made the remarks on Wednesday in Chikhwawa during the official opening of the rehabilitated Chikhwawa-Ngabu Road which was funded by the European Union (EU).

She said the rehabilitation of the road would easily network Malawi and Mozambique and attract potential investment to the district.

Said Banda: “Malawi is a landlocked country and it needs roads like the newly rehabilitated Chikhwawa-Ngabu Road to connect to other countries like Mozambique.

“It makes no sense to begin new projects when there is a backlog of road maintenance projects that need to be done.”

EU Ambassador Alexander Baum said it was the union’s expectation that the 46-kilometre road would help ease Malawi’s transport problems to Mozambique.

Baum also said the road was expected to help in regional network and he appealed to the people of Chikhwawa to desist from vandalism of road signs and infrastructure such as bridges.

Baum said the problematic distance between Ngabu and Bangula will now be rehabilitated by the Malawi Government. 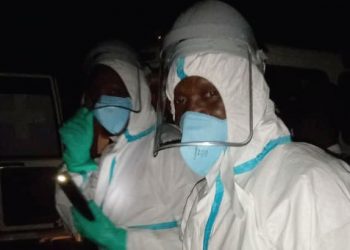