Two of the country’s representatives in the last regional MultiChoice Talent Factory (MTF) have started reaping rewards of their efforts after their involvement in a MTF commissioned film, The Painting.

Jonathan Kapumba and Chimwemwe Mkwezelamba assumed roles as gaffer, behind the scenes cameraman and assistant director, respectively, in the horror film which officially premiered on Zambezi Magic.

The film, which was written by Nikita Mokgware and directed by Emmanuel Goncalves, revolves around a pregnant abstract painter who lives with her husband and son. The painter is struggling to sell her works because they are perceived not to be ‘African’ enough.

The movie also features other names such as Zambian award-winning actor Leo Simukoko, actress and poet Chitalu Kaibele, Barbara Mwaramidze and Sweddy Mwasanga. They were also joined by other budding actors from Zimbabwe, Namibia, Mozambique, Botswana and Angola.

The two up-and-coming actors said in separate interviews that they regard their involvement in the project as an endorsement of their potential and a platform which will help open doors for numerous opportunities.

“I really felt honoured. I learnt a lot from this set. Especially on elements such as lightning scenes for day and night, breaking down a scene, breaking a scene into visuals and most importantly how to use available resources,” he said.

On her part Mkwezalamba, who was making her directorial debut, said the project has given her added belief in her potential and she believes a lot more professional challenges are beckoning her.

She said: “It was a dream come true. I loved and enjoyed every moment of it because that is what I want to do. It made me realise why I want to do films in the first place. I know something great will come out of this. It was just amazing.”

Reacting to the development MultiChoice Malawi chief executive officer Gus Banda said as a business they are very proud to showcase what African and especially Malawian talent can do.

“The two have worked extremely hard in the past year and this movie personifies their tireless effort. Every aspect of film production has been showcased in this project and as Malawians we can be proud of these young and talented people,” he said 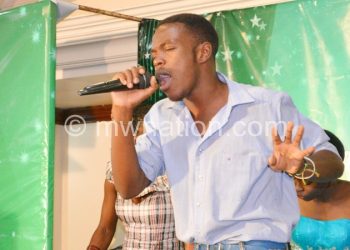 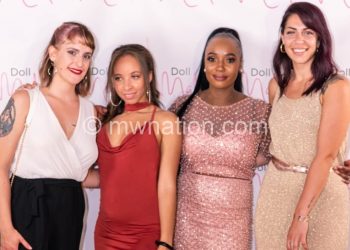