Alice Naphanga knows these villages like the back of her hand. She shows visitors around, pointing out who lives where and how many children they have. For 24 years she has lived and worked in Chikwawa, treating common illnesses and talking to families about good hygiene, sanitation and disease prevention.

As a village health worker, or Health Surveillance Assistant (HAS), she is usually the first person the villagers tell about any ailments.

Alice works out of Chikwawa District Hospital, serving communities in Mvula and Chinangwa villages. After a long absence, cholera returned in 2017.

“There was no cholera case in this area over the past two years, so I think people became complacent,” says Alice.

Between March and September 2017, there were 121 cases across Malawi, and one death. The outbreak spread to five locations before being largely controlled.

However, new infections started to appear in Chikwawa District in August, way beyond the normal ‘cholera season’ which coincides with the rainy months of November to March.

Because of this outbreak, Chikwawa District Hospital was the only active cholera treatment centre by August.

Alice and other village health workers worked around the clock to save lives and prevent the disease from spreading further.

A disease of poverty

Cholera is largely a disease of the poor. It thrives in areas lacking proper sanitation facilities and clean water.

The disease is transmitted through drinking or eating contaminated water and food. Natural disasters such as flooding make management and prevention of cholera a huge challenge in many parts of Africa.

In European countries, cholera is a forgotten disease mostly encountered in historical novels.

But in Malawi it lingers, especially in Chikwawa where for the past five years, locals have suffered the combined effects of too little or too much rain, resulting in a cycle of droughts and floods.

Others prioritise other necessities in the home and do not have a latrine. Some drink unsafe water from rivers.

There are families who are exposed to contaminated food, prepared in unsanitary environments. It is within these households that cholera finds its victims.

Alice goes to the home of Alex Black, one of the cholera patients she handled.

Alex is a 35-year-old father of five who works as a security guard for a local company at the nearby trading centre.

He often grabs a meal by the food stalls at the market, on his way to or from work. Alice believes he may have eaten contaminated food here.

“I work on night shift, from 6 in the evening to 6 in the morning,” Alex explains. “One day, a few hours before I knocked off, I had diarrhoea. I didn’t realise what it was at first. By 9am I was back home, but I was so weak I couldn’t stand on my own. My father hired a motorbike and rushed me to hospital.”

Alex says that if his father hadn’t acted quickly, he would have died. He was discharged from hospital just a week previously, and was still regaining his strength.

While Alex was in hospital, Alice visited his home to find out more about the sanitation situation. She discovered that the family did not have a latrine of their own and had been using their neighbour’s since they moved to the area four months before. This latrine is unfinished, not properly covered and too close to the cooking area. Alice advised Alex to dig a new latrine.

With funding from UK Aid, Unicef and its partners have trained health workers like Alice to manage and treat cholera better.

Alice now knows how to manage a treatment camp, so that the disease doesn’t spread to the patient’s relatives or to health workers like herself, who are the first line of defence.

When there is an active cholera case, Alice’s work schedule changes.

She does night shifts at the hospital, attending to patients in the cholera treatment centre.

“Cholera is easily treatable but this treatment must be quick and consistent,” she says. “We give patients a lot of fluids and we stay close by so that we are able to alert the doctor if there are any complications.”

Through Unicef’s Water, Sanitation and Hygiene (Wash) programme, UK Aid has supported efforts to improve sanitation in Chikwawa and 10 other districts by constructing boreholes to improve access to safe water and educating communities about good hygiene practices.

This includes chlorine supplies, which village health workers like Alice distribute to households every fortnight, so that they can purify the water they use.

“We know progress is being made but diarrhoeal disease is still one of the leading causes of child death in Malawi. This is preventable,” Department for International Development (DfID’s) head, Jen Marshall comments.

“It should not be occurring in 2017. If Malawi were to achieve stronger improvements in sanitation, water and hygiene, its disease burden would decrease and its productivity increase.”

She adds: “As we saw in Chikwawa in 2017, to compound the wider problem, recurring episodes of floods or drought and failure of facilities and services all present a regular risk of cholera in communities.”

The UK Aid funded programme aims to build the resilience of communities and the health care system, so that people can better withstand natural disasters such as droughts and floods, which are getting worse and more frequent due to climate change.

“Our cholera preparedness and response work contributes to health system strengthening,” Unicef Malawi Emergency Specialist Willis Agutu says. “This means that health staff and facilities are better able to anticipate and control transmission of diseases, and manage any cases that arise in an effective and efficient manner.”

The programme has a strong social mobilisation element; to get prevention messages to women, children, caregivers and food vendors.

Unicef partners engage the community through multiple channels such as care groups, religious leaders, community health workers, and drama groups, to change undesired behaviours that fuel the spread of cholera.

“We are going back to the basics to teach communities that faeces must be in the right place, the toilet.

“They must wash hands, use clean water, feed children appropriately and seek medical attention when someone has diarrhoea. It is little things that can make a huge difference in preventing this deadly disease,” adds Agutu. 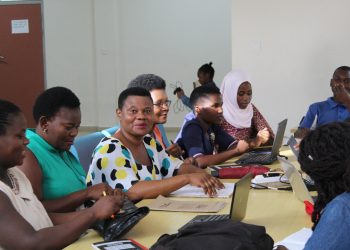