Malawians, led by the Civil Society Organisations under the banner of Human Rights Defenders Coalition (HRDC), today held peaceful demonstrations across the country, demanding an end to what they call “executive theft” and many social ills Malawians are facing. 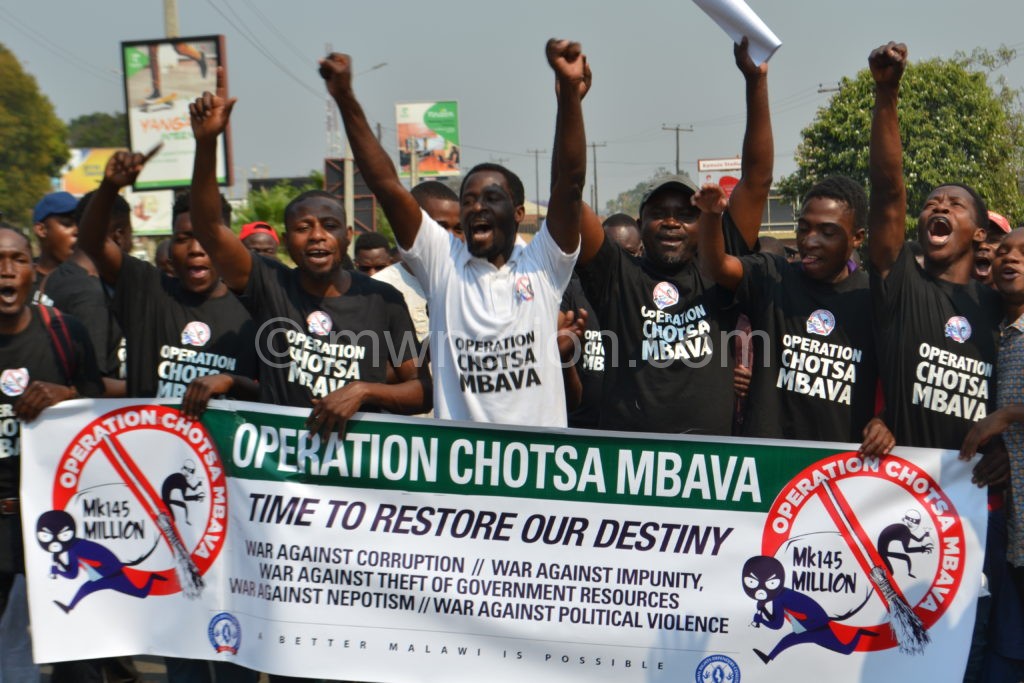 The demonstrations held in Mzuzu, Lilongwe, Blantyre and Zomba cities, started around 7am.

In Blantyre, about 15 demonstrators led by HRDC southern region chapter chairperson Masauko Thawe, marched from Kamuzu Upper Stadium, via the Masauko Chipembere Highway up to the Independence Arch at Chichiri. They then delivered the petition at the Blantyre City Council (BCC). 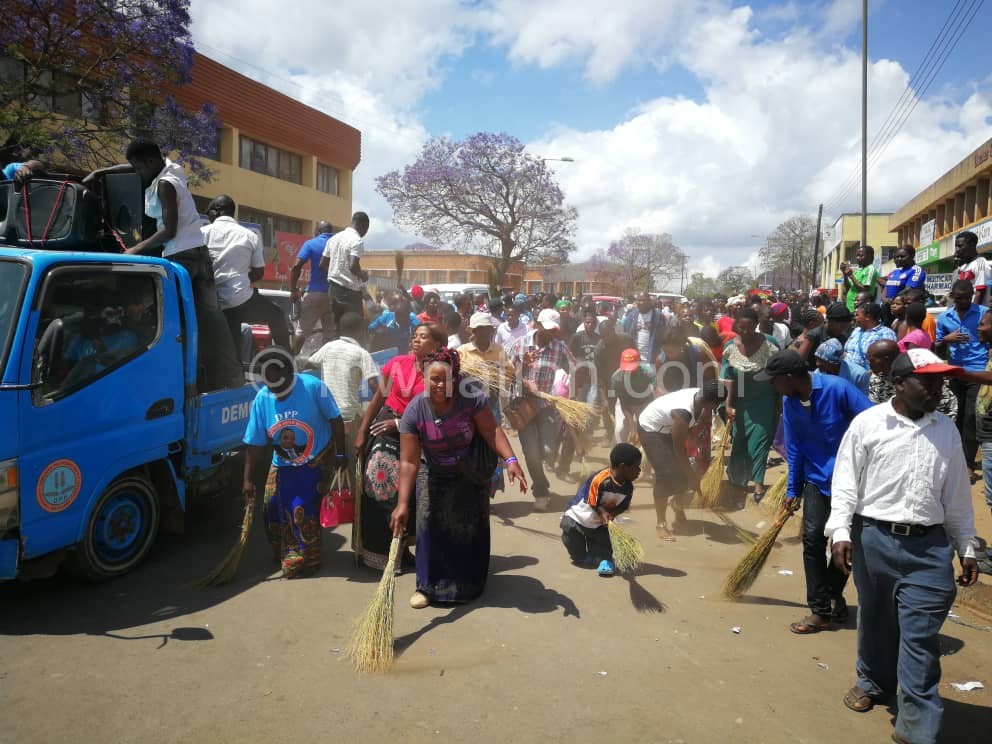 “We have not given them a specific time frame to respond to our petition but if they choose to ignore us we will return into the streets. We are tired of blackouts ad we want justice to our K145 million. We want answers to how 4.2 million litres of fuel for generators got stolen at Escom, and better learning conditions for our children in public universities,” Thawe said.

In Lilongwe, demonstrators marched from Lilongwe Community Ground through Mchesi to Capital Hill where they were expected to deliver the petition to president Peter wa Mutharika, but were blocked from entering the Capital Hill premises.

Instead, the petition was delivered outside the Capital Hill entrance and to the Lilongwe City Council Chief Executive Officer (CEO) Moza Zeleza.

While the demonstrations were generally peaceful, there were some misunderstandings in Mzuzu when the Democratic Progressive Party (DPP) supporters tried to disturb the legally sanctioned demonstrations. 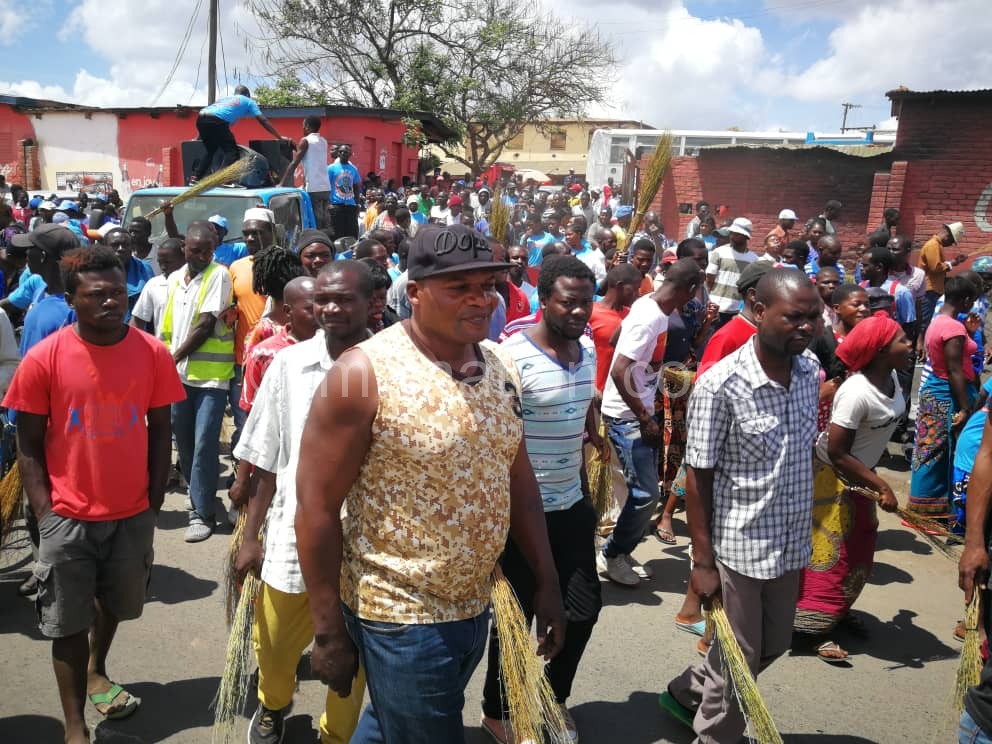 The DPP supporters evaded the city and started sweeping, a thing which angered demonstrators. It later transpired that the DPP gathering was unsanctioned by the city council and were asked to disperse. The marchers after minutes of the stand-off, delivered their petition to Mzuzu City Council CEO, McLoud Kadammanja.

While in Zomba City, the march started from Zomba works Training Center via the Zomba-Mangochi Road (M3) to Zomba City Council where the petition was delivered.

In terms of turn-up, Blantyre had the lowest numbers while Lilongwe and Mzuzu registered a high turn up.

In their petition, the HRDC say they are worried with the worsening “DPP-led orchestrated executive thieving, corruption and impunity”.