Recent reports by Freedom House indicate that there has been a decline in global freedom for the 13th consecutive year. When confronted by corruption, populist movements,discrimination of minorities and breakdowns in the rule of law, many democracies –including some in the West – have regressed. So, how is Malawi doing?

Despite many challenges, democracy has survived. Indeed, Malawi is widely considered to be a successful case of democratic transition achieved largely outside the international limelight and underpinned by a progressive constitution. It has not only held five consecutive elections since the transition to democracy, but all of these elections have been classified as free, fair and credible.

In the period leading up to each election since 1999, however, Malawians have wondered about the extent to which hard-earned democratic freedoms have influenced the country’s pursuit of development. By all accounts, Malawi’s record is mixed – some success has been achieved in the health domain, particularly in relation to fighting HIV and Aids and malaria and in increasing average life expectancy. Moreover, during certain periods, Malawi has even achieved food security and avoided the spectre of a large famine due to ambitious policy initiatives such as the Farm Input Subsidy Programme (Fisp). However, overall poverty reduction has been slow and economic growth has been uneven despite many well-intentioned efforts.

The survival of democracy has, however, ensured that the freedom of speech has been promoted and protected – the press is largely free to report critical stories of government performance, and citizens, civil society organisations and political parties have enjoyed the right to express their opinions. Moreover, the legislative and judicial branches of the state together with independent watchdog institutions have largely managed to function independent of the executive branch. But does this mean that all is well with Malawi’s democracy? The media continues to rely heavily on revenue generated from government advertisements, which makes sustained critical reporting risky; and by controlling the allocation of financial resources, the executive exercises considerable influence over various state institutions. Moreover, the routine defection of politicians from one political outfit to another and the weak organizational setups of, and lack of administrative transparency within, most political parties creates the impression that a small group of recycled politicians control the fate of the country.

While many experts believe that democracy in Malawi has stagnated, several recent public opinion surveys conducted by Afrobarometer reveal that Malawians display high levels of commitment to democracy even though many are disappointed with how their political leaders have failed to perform to the expected standards. Thus, influential Malawian scholars like Boniface Dulani have argued that Malawi’s democracy remains stuck in a period of transition, neither consolidating as a democracy nor regressing to the era of authoritarianism.

Gwaladi arrested, out on bail 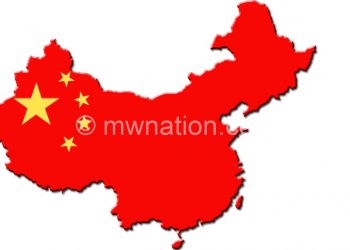 Gwaladi arrested, out on bail