by Peter Kanjere
in Editors Pick, National News
2 min read
0
Share on FacebookShare on TwitterShare on WhatsAppShare on LinkedinLinkedinShare via Email

In aiding Pretoria’s passage to the Nedbank Cup round of last 16, Nyondo grabbed the winner in the 74th minute, moments after Swallows’ Rudi Isaacs had erased Thabo Mosadi’s early opener.

Pretoria join in the last 16 SuperSport United, who thumped Polokwane City 4-1 in a simultaneous fixture with veteran striker Esau Kanyenda playing a full game for the losing side which grabbed a consolation through Jabu Maluleke.

Kanyenda came close to scoring, but his low angled shot rolled out wide in the late stages of the match beamed on SuperSport television channel 4.

Kanyenda was playing at the Lucas Moripe Stadium where Zimbabwean Kingston Nkhata netted twice for SuperSport while being joined on the score sheet by other foreigners Jeremy Brockie (New Zealand) and Togolese Dove Wome.

However, Letlapeng are still bottom of the 16-member log, but now have 12 points and are four behind 15th-placed ECCO City Greens. Gunners are ninth with 29 points.

Letlapeng coach Matshediso Moseki told the league’s website that his charges came into the match with a clear game plan “and I am very happy it worked, we have identified our weaknesses and worked on them.” 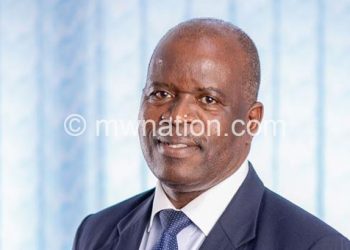