‘Man who burnt a bridge’

On market day, multitudes at Nkando Trading Centre in Mulanje march past Thuchila Bridge, forcing motor vehicles to give way.

However, what seemingly goes unnoticed to these passers-by is the person once accused of ‘burning the bridge’.

When the wooden base of the Bailey bridge went up in smoke last month, many laid the blame on the man who allegedly sleeps under the bolt-and-nut affair assembled by soldiers when it collapsed in April 2018.

Mulanje Police Station spokesperson Gresham Ngwira brushed aside the trending story, saying: “We have found no evidence against him.”

As the story went viral on the social media, the Roads Authority deployed the Malawi Defence Force (MDF) engineering battalion to fix the bridge overnight.

With the bridge back in shape,  no person or State agency seemed to remember Reuben Chiwaya—the man with mental disability who was widely blamed for the bizarre closure of the road named after former Zimbabwe president, Robert Mugabe.

His forgotten moment of fame personifies widespread attitudes that suffocate access to mental health in the country.

“Most often, stigma and discrimination are the major reason persons with mental illness and disorders fail to acknowledge their illness and access medical care,” says Dr Chiwoza Bandawe, a clinical psychologist at the University of Malawi’s College of Medicine.

Nearly every trading centre in the country has a mental health case residents quietly bypass and blame instead of assisting them to get medical attention. Some are portrayed as incurabe, unhygienic and aggressive characters allergic to clothes.

Rozina Dayisi says her nephew was born mentally sound over 30 years ago, but started behaving strangely following his mother’s death 15 years ago.

“After my sister’s death, we noticed some weird behaviour, but we didn’t think it was mental illness. Reuben would bask in the midday sun, silent and withdrawn the whole day. At times, he would be seen running into the bush. His passion for school vanished,” she recalls.

The aunt explained: “When things got worse, he quit school. For months, we hoped he would get better, but he did not.

“We took him to Mulanje District Hospital where a clinician gave him drugs and advised us to meet a senior doctor to refer Chiwaya to Zomba Mental Hospital. However, when we met the doctor, he told us not to go to Zomba.”

The family returned home, but the condition got worse until he started roaming the village and other neighbouring villages.

“We took him to hospital for assessment a few times, but he started resisting. We could not match his strength,” she says.

Dayisi says Chiwaya last saw a doctor in 2012, but not for the mental illness.

“His brother took him to Queen Elizabeth Central Hospital in Blantyre for a surgery after he had swallowed a coin and some glasses. After that surgery, he started eating food provided to him here at home,” she adds.

But Chiwaya’s condition got worse to the extent that he stopped taking care of his body. Sometimes, barbers at Nkando Market give him a free shave. After all, he is not violent, they say.

“We were surprised when we heard that he burnt Thuchila Bridge. Is it because he is usually seen at the bridge during the day?” she asks.

Dayisi says Chiwaya does not sleep under the bridge, but at the Assemblies of God Church in his village.

The day the bridge was burnt, he had come home around 4pm and we saw him going to his sleeping place in the evening. He came out the next morning,” she says.

Dr Bandawe warns against “tremendous stigma” manifested by the hasty blame piled on people like Chiwaya.

He explains: “Society is quick to make attributions and assumptions about them. Many Malawians don’t fully understand what mental illness is and that it is treatable like any other illness. There is also often a fear of those who are different.

This leads to familiar problems: Instead of acknowledging that these people and their families need help and support, people tend to just push blame on them.

“They are often scapegoats when something happens,” says Bandawe. “There is a need to tackle the stigma and entrench mental literacy in communities. It is also important to understand the impact mental illness has on the individual, their families and the nation.”

In 2017, Ombudsman Martha Chizuma faulted the Ministry of Health’s Education Unit for failing to conduct mass civic awareness campaigns on mental health as they do with physical illnesses like malaria, cholera, tuberculosis and HIV and Aids.

“This is quite disturbing and reveals how much inattention this issue is granted and amounts to unreasonable omission of duty,” reads her report, Out of Sight, Out of Mind, which was released after The Nation On Sunday had revealed punitive and unsanitary conditions patients were enduring at Bwaila Hospital’s mental health section in Lilongwe.

Ministry of Health spokesperson Joshua Malango says there are few psychiatric specialists and many mental health cases in the country’s health facilities.

“To address these cases, almost all district hospitals have mental health nurses, some with psychiatry clinicians and doctors. However, we would like to encourage community management of mental health. We still need more clinical psychologists trained, he says. 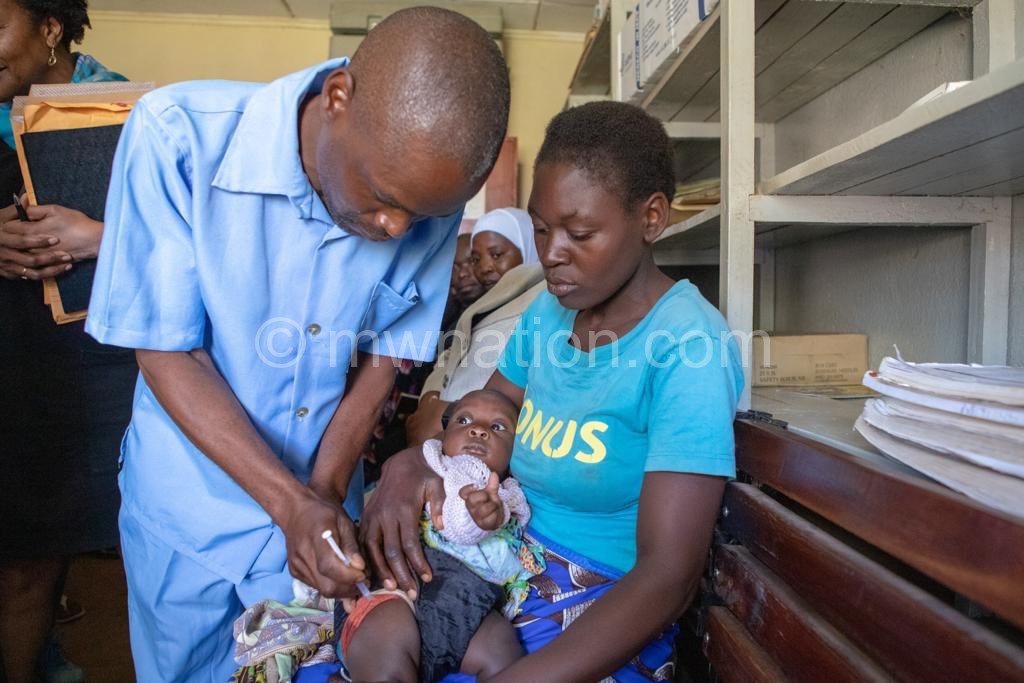