When I left college, I observed with keen interest the changing career of an accountant friend who graduated same time as me. He changed three or four jobs in less than five years and each time he was changing jobs, his pay went up significantly.

The next time he was changing jobs and wrote an e-mail to a group of his friends, most of the comments were no longer congratulatory. Rather, most of the friends advised him to now ‘settle down in his career.’ He made one last change after that and settled for some five years!

Career moves between companies can be quite beneficial. Such moves can win you what others call ‘self-promotion’—which means that by moving to a different company, you could actually get a more senior job in rank. Other times, people move jobs in order to simply earn a better package of salary and benefits. People also change jobs because they are running away from some discomfort like distance to workplace, staying away from family or spouse, running away from a bad boss or anticipation of hard times for the company.

This means that while changing jobs and making career moves can be beneficial, one needs to manage this aspect of his or her career because otherwise, it can get out of hand. I recently made friends with a rising career star originally from East Africa. He is a very successful professional in the commercial functions. I was inspired and impressed by his record of being head-hunted at least every 18 months or so. He has never been in a job for more than two years and has never applied for a job on his own will.

Barely a month after the chat, he was head-hunted again and this time, he was taken for a very senior executive director role. My advice to him was that while he has been doing less than two year stints so far, he now needed to keep to the new employer for at least four of five years or even more because his ‘quota’ of doing short stints had run out. He agreed very much and plans to stay in the new job for at least five years.

A few times I have been on recruiting panels. Each time I have looked at a CV and found that the candidate changed too many jobs in a short time, I did not waste time but disqualified the candidate. I do not believe that a person who has not lasted two years at the last three or four jobs would last even a year at the next one. And when I am recruiting, I cannot take a big risk or gamble because employing someone is a major commitment. After all, if you discover that you have recruited a wrong person, it becomes very difficult to get rid of him or her. Many other recruiters that I have discussed this with share the same philosophy.

It may occur to you that you need to change a couple of jobs in a short space of time. If that does happen out of necessity, you need to quickly find a job into which you can settle and demonstrate that you are a person to be trusted and relied upon. Otherwise, future recruiters will wonder as to what you are afraid of being discovered about you after two years in a job!

Sticking to one’s job for a reasonable period has multiple benefits. We have already discussed how employers like candidates that show and demonstrate a promise of stability and long stay on the job. In addition, when you settle into jobs for reasonably long periods, it gives you the chance to focus. Looking for a job takes time, takes energy. If you keep looking for jobs, chances are that you will not be as focused to learn much and to execute your job to the best of your ability. It is important that when you change jobs, you keep your total focus on the new job rather than chasing new jobs. Only look at job adverts when you have put yourself on the market! Good luck!

Picking up pieces after floods 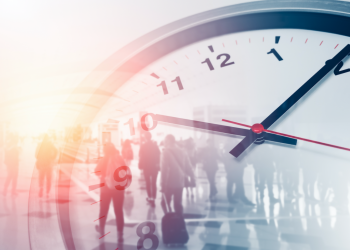 Picking up pieces after floods