by Nation Online
in Editors Pick, National News
1 min read
0
Share on FacebookShare on TwitterShare on WhatsAppShare on LinkedinLinkedinShare via Email

The Ministry of Education Science and Technology (Moest) in conjunction with the Malawi National Examination Board (Maneb) has announced the release of the 2018 Malawi School Certificate of Education (MSCE) results. 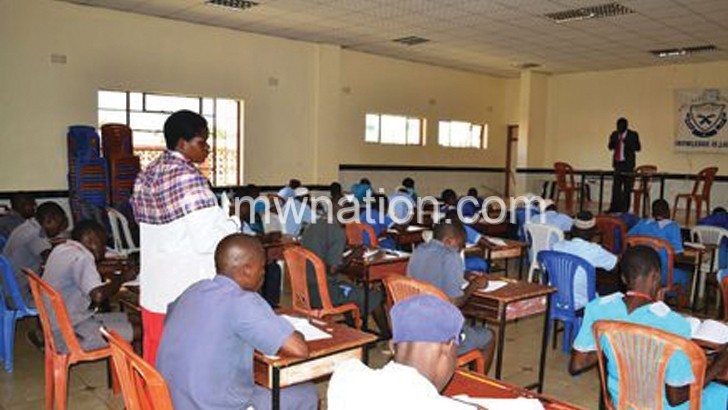 Students seating for exams
In a press statement signed by Secretary for Education, Science and Technology Justin Saidi, out of 197,286 candidates who sat for this year’s MSCE examinations, 124,745 candidates have qualified for the award of the certificate, representing a 63 per cent pass rate.

Out of the 93,469 female students who sat for the examination in at least six subjects including English, 54,325 candidates have qualified for the award of MSCE, representing a 58.12%.

Maneb has also confirmed that three papers were leaked and that 29 people have been arrested for leaking the exams.

Only one student has scored seven points, which is also the highest score for this year.

The Audacity of Love