by JONATHAN PASUNGWI
in Front Page, National News
2 min read
0
Share on FacebookShare on TwitterShare on WhatsAppShare on LinkedinLinkedinShare via Email

Addressing the press in Blantyre on Wednesday, Maneb executive director Gerald Chiunda said although the pass rate has increased by two percent compared to last year, the quality of grades has gone down. 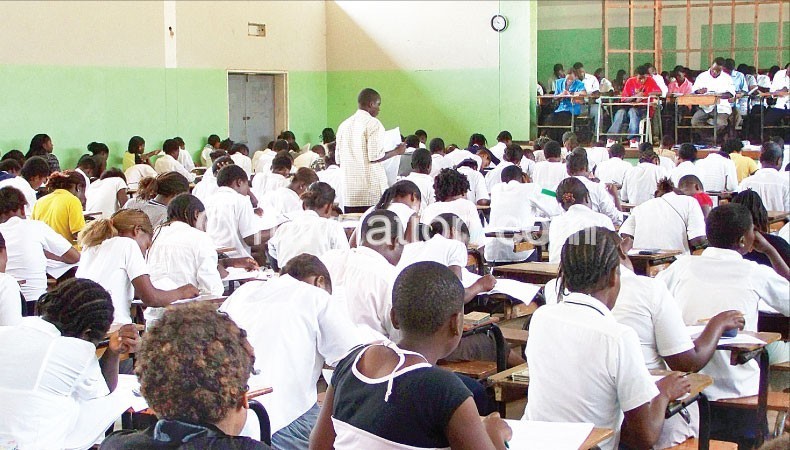 This year, no candidate has scored the highest aggregate of six points in the best six subjects while only one has scored seven points. Out of 197 287 candidates who sat the examinations, 124 745 have passed, representing 63.23 percent pass rate.

He said: “As we drew towards the end of administration of major papers on 4th July 2018 early in the morning, we saw three out of the 54 MSCE papers on social media [WhatsApp].

“These were Chichewa III, Life Skills, and Science and Technology. A comparison of these three papers with our papers showed that they were genuine and that they were administered later that day.”

He said investigations are still underway to establish the source of the leakages, adding the board is in the process of procuring anti-cyber services outside the country to trace the loopholes.

He observed that in previous years the pass rate was low but many candidates scored good grades.

Said Kondowe: “In terms of excellence, we haven’t done well despite that the general outlook is showing an increase in pass rate compared to previous years. What matters is how have individuals passed, because again as a country we are interested in excellence. This means having many candidates with good grades. For instance, not a single candidate has scored six points and we have few candidates with good grades, which is pathetic.”

He said there is need for government to put extra effort to improve education standards particularly in community day secondary schools (CDSSs).

Below is the number of candidates who passed and their grades.