In Mulanje West, we saw people felling mango trees one by one to burn bricks.

According to locals, the rush for trees that once nourished them with tasty fruits confirms the depletion of natural trees they once used to burn bricks.

In the rural locality, the burning of bricks is characterised by a night-long party complete with boiling pots of goat meat, chicken stew and traditional brews.

However, some community members are not amused that the trees are crashing to the ground as the increasing population burns bricks for resilient housing.

“We have wiped out all the natural trees because we want to live in red-brick houses. Now, we are going after mango trees, which once gave us juicy fruits and money. The future doesn’t look good. We are already importing charcoal from Mozambique,” says Charles Mtamba, from Matewere Village in Traditional Authority (T/A) Juma.

The area, where dusty winds swirl unstoppably in treeless crop fields, is replete with signs of loss of forests. Day and night, cyclists are seen smuggling extra-large bags of charcoal from neighbouring Mozambique.

“Currently, charcoal is gold. Sadly, we have lost all our trees. At first, people used to leave for Mozambique in the evening and come back before sunrise because they were afraid of police and forestry officers. Now, they transport charcoal anytime,” explained Amos Mwale, from Thawale.

The attack on mango trees shows how the bulging population estimated at 17.6 million is eliminating the green cover in search of not only fuel wood, but also new farmlands and decent housing.

However, the shift towards cement blocks and other sustainable alternatives is most pronounced in projects financed by the World Bank and like-minded organisations.

In Mulanje, the locals say they will continue burning trees because the recommended building blocks remain too expensive for many Malawians.

But the downside is that the fruit trees burning to make bricks stronger slow efforts to end hunger, poverty and malnutrition.

According to the 2015 Malawi Demographic and Health Survey, nearly half of children under five are stunted. Stunting is the height-for-age indicator for malnutrition, which calls for diversified diets, including fruits.

The United Nations’ Food and Agriculture Organisation (FAO) estimates that a Malawian farmer’s crop field the size of a football ground loses about 29 tonnes of top soil every year.

This further lowers crop harvests as farmers bear the brunt of unpredictable of soil degradation, erratic rains and other extreme weather shocks caused by climate change.

Suicide on the rise

The future of globalisation 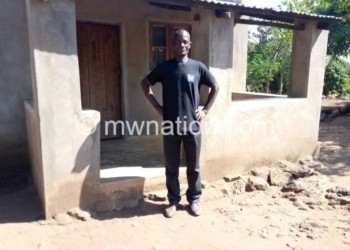 The future of globalisation