by Ayamba Kandodo
in Front Page, National News
2 min read
0
Share on FacebookShare on TwitterShare on WhatsAppShare on LinkedinLinkedinShare via Email

According to the petition, the communities are accusing government for not being serious on measures to stop influx of illegal miners who are said to have been causing irreversible environmental damage to the areas since March 2017.

Speaking after handing over the petition, spokesperson for the group of demonstrators Dickens Mahwayo said the villagers are demanding for eviction of all illegal miners ; deployment of Malawi Defence Force (MDF) personnel within one week from the date of the receipt of the petition and passing of the revised mines and minerals Bill in the next sitting of Parliament.

Mahwayo further said if the demand is not met by Friday 26 October 2018, they shall continue to exert pressure on government through series of unspecified action. 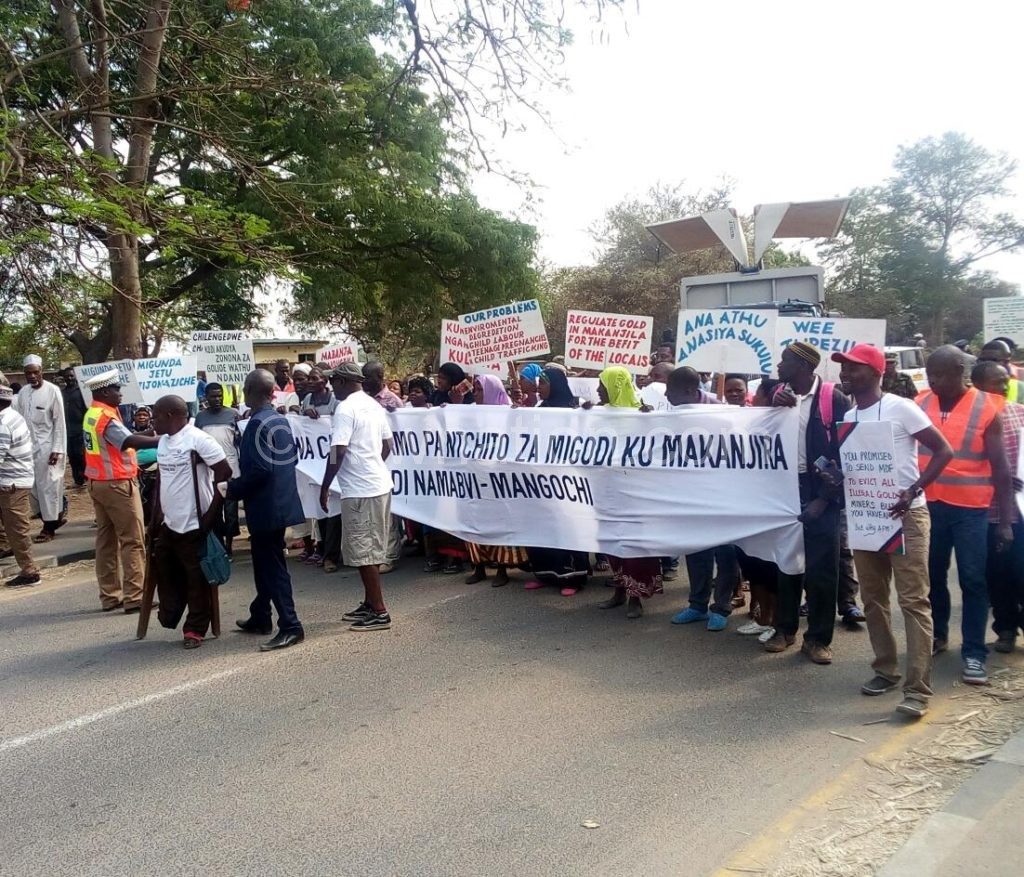 He said: “All that we anticipate is to see the President commanding the relevant authorities to drive away all the illegal gold miners from the two areas because apart from wreaking havoc to the environment, the people have also caused social ills such as engaging in prostitution and employment of minors.”

Commenting on the same group village head (GVH) Saiti Mwasungu wondered why it was taking too long for government to act. 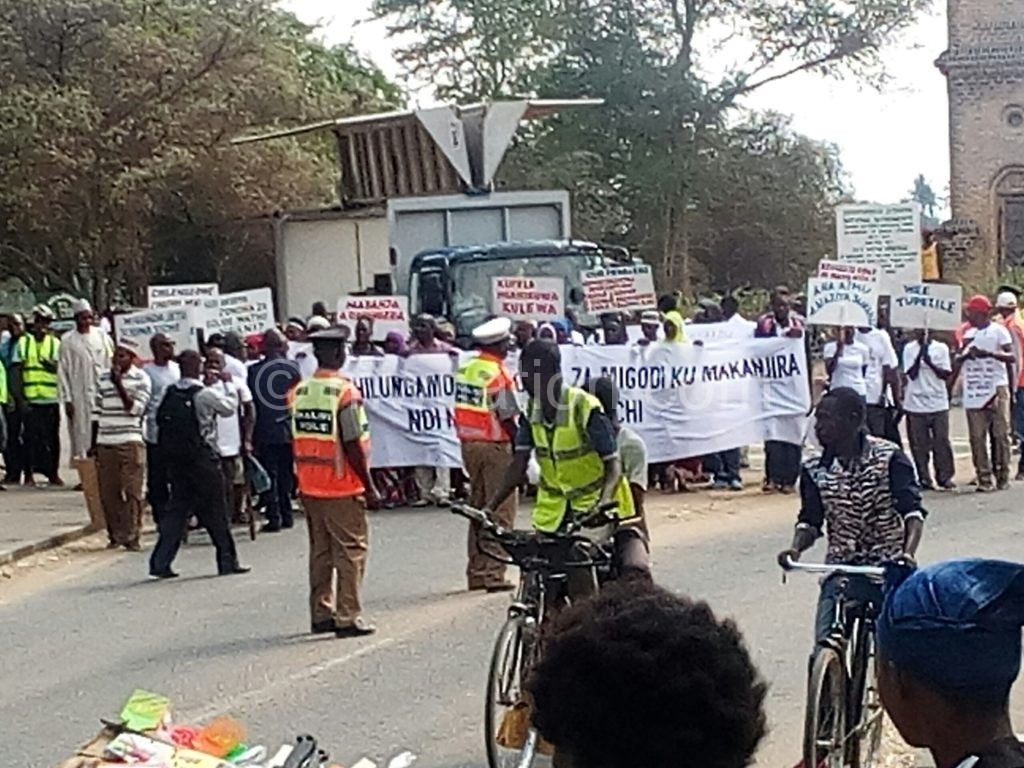 He also wondered why officials from the department of mines keep going to the area to collect huge amounts of deposits on the pretext of conducting a survey instead of coming on the open to declare whether the areas have precious stones or not.

Speaking to the gathering after receiving the petition Mangochi district commissioner the Reverend Moses Chimphepo commended the demonstrators for conducting a peaceful march.

He promised to deliver it to the Office of President and Cabinet (OPC) by Thursday, October 11, 2018 by 10am.

‘Deal with climate change or it will deal with you’

‘Deal with climate change or it will deal with you’