In the five months since schools closed in March 2020, 14-year-old Clara Nyirongo (not real name) from Nkhata-Bay has been married twice

Had things been different, she would be living happily with her four siblings and their 31-year-old mother, waiting for schools to reopen.

But lack forced her into early marriage—hoping the move would ease the burden of care off her mother’s shoulders.

She has four siblings, each with a different father; but none of them provides support.

“I feel like I am troubling my mother every time I ask her for anything, so I thought starting my own family will ease the burden,” she explains.

But her mother would not have it — she withdrew her from both marriages before she even got pregnant.

With Malawi as one of the countries with the highest rates of child marriages, Clara is not alone.

According to the 2017 United Nations Children’s Fund (Unicef) State of the World’s Children report, 42 percent of girls in the country are married before reaching 18.

But while some choose to be child brides, others do not. Some are married off by their families to ease their financial burdens.

Apart from that, many girls are unaware of their rights under the law.

The Constitution of Malawi prohibits marrying before one’s 18th birthday and there are penalties for those who violate the law.

Marrying young interrupts childhoods, forcing them into poverty cycles that are often impossible to break free from.

To avert such consequences, organisations such as World Vision International (WVI), Plan International, Girls Empowerment Network (Genet), Girls not Brides, SheDecides and many others in the country are helping girls not to marry young.

In a written response, Her Liberty public relations and communications officer and team leader for SheDecides, Chimwemwe Mlombwa states that her movement wants to see girls equipped with information regarding their rights.

“Some young girls who are married off do not even realise it’s not right because child marriages have been part of their culture and it is all they know,” she explains.

Her Liberty hosts life choices focus groups with women and girls’ networks—creating a safe space and having honest and open dialogues about family planning and sexual gender-based violence (SGBV) to avoid early and unwanted pregnancies.

“This is an ongoing intervention to create an enabling environment to empower girls and young women on what happens to them and their bodies,” she says.

Mlombwa notes that these interventions have helped girls understand their rights better.

“They know their entitlement to decide about their lives, their future and bodies without question,” she adds.

World Vision International (WVI) which is running the It takes Malawi to end child marriages campaign has prioritised girls’ education for its benefit in translating to later marriage and childbearing.

WVI director of communications and child protection, Charles Gwengwe says they work with local church and traditional leaders to tackle harmful laws and practices in relation to early marriages, early pregnancies and lack of access to confidential sexual and reproductive health services.

He notes that before the Covid-19 pandemic, estimates indicated accelerated progress to eliminating child marriages, but now the many factors that drive child marriages and teen pregnancies have exacerbated with the pandemic, as families and community structures are being stressed.

Gwengwe says interventions that prioritise gender-responsive education plans along with economic incentives and other social protection measures can help ensure that adolescent girls are not left behind.

Compounding the many efforts, Genet also has a group of mentors across the country reaching out to child brides, helping them out of such situations and back into school to ensure a better future.

Despite being prohibited by international law, child marriages continue to rob millions of girls under 18 of their childhood, but girls need to have the right to say no to early marriages. 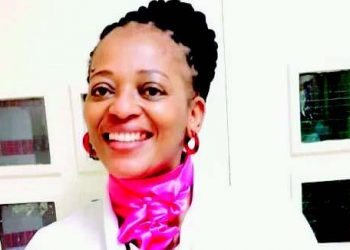 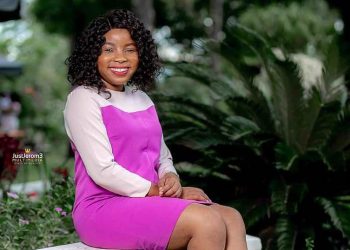