Malawi Confederation of Chambers of Commerce and Industry (MCCCI) has called on government and the private sector to mobilise funds to buy maize in view of the expected drop in harvest this year, particularly maize.

The Civil Society Agriculture Network (CisaNet) recently said the country is expected to experience a drop in maize harvest of between 30 and 40 percent due to floods and dry spell that affected some parts of the country.

MCCCI president Newton Kambala, speaking on the sidelines of a K1.7 million donation from Knight Frank to floods victims in Blantyre last week, said following floods which the country experienced earlier this year, the country is likely to have inadequate maize this year.

“My recent visit to most of the districts has indicated that we will have insufficient maize. Our colleagues in South Africa have started buying maize from countries as far as Brazil.

“This shows that this problem is not only in Malawi, but elsewhere; [as well] hence, there in need for us to mobilise funds so that we secure maize,” he said.

This year’s expected drop in maize harvest is a projected fall of between 1.2 million and 1.6 million tonnes against the 3.9 million tonnes harvest in 2014, according to our calculations. 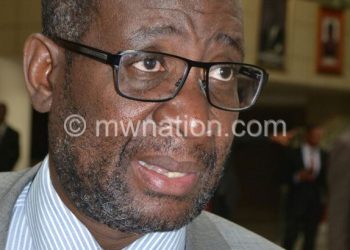