Malawi Congress Party (MCP), the country’s longest serving political bloc, has been hit by squabbles and power wrangles. Recently, director of campaign Felix umb and former spokesperson Jessie Kabwila were chased from a rally organised by the party’s president Lazarus Chakwera.  Our reporter ALBERT SHARRA asked Jumbe for deeper insights into the crossfire that has turned the one-time presidential hopeful into an outcast in the party.

How is your relationship with MCP leadership?

I have no qualms with the leadership, but the political style employed. We are in a democratic dispensation and it is not befitting the people of Malawi in this era to fall back to dictatorship even at party level. For the party and the nation to move forward, we need to move away from personalising political institutions and run them constitutionally and democratically. I have two elements where I believe brought about my being singled out as an outcast in the party by the leadership. The fact that I stood against the incumbent during the 2013 convention and I have always stood for the truth when things have gone wrong. These factors are said to be un-MCP because they believe in the four cornerstones—unity, loyalty, discipline and obedience— that the old leadership was using to control and manage people in a dictatorial manner. This is a new era, a democratic age where people have rights and responsibilities. We cannot use old software in a new hardware. That is not practical. It is killing the party. If you say you are a new crop of leadership, “steward leadership” then behave and practice the same.

There seem to be serious differences in the party and leadership swaps are becoming common. What is the main problem?

New wine in old sacks smells and taste like old wine. As a party we have to conform to democratic values and respect the rules and regulations of our constitution. Imagine if we can’t be held accountable to simple party laws, will we be accountable if we are to be elected into government today? What would be the outcome? I am a person who will always point out what is wrong, so that we can sort it out and move on with progressive mindset and not dictatorial anarchy. If the right people can’t comprehend reasoning from within the platforms of the party, then I will take it all the way to the end to clear the mess and let the party gear up for 2019 in the right manner. The major problem is that people are bent on denting others without listening and understanding what that particular person is bringing on the table. I am not challenging any person or position but a system that is bringing anarchy and dictatorship back into the party which will in turn take the same into government in 2019. We dealt away with this type of leadership way back in 1993 and we shouldn’t allow it to regenerate.

What led to your shift from MCP’s Agriculture committee in Parliament?

Politics of retribution and greed. There are some members in the core leadership that see me as a threat to their very being. They actually insinuate that my being chair for the agriculture committee was giving me a platform to being in the limelight more than the presidency of the party. People ought to reason with the head and not the heart. The heart belongs to a sect and that’s factual while the head is an independent judge of time and occurrences. If you reason with your heart you always defend your belief while if you are able to use the head you can see logic.

What do you mean?

What I mean is that the fact that I competed with Chakwera in 2013, people see me as a contender to the high office of the party. But to me, when I bring out issues of constitutionalism and democracy in the party, I am only looking out for the welfare of the party itself. You cannot say you love the party and the leadership and then sit back and clap hands when they are going against the very supreme law of its existence, the constitution. I think it is crazy world. As a bonafide MCP member, I will never sit back in those situations even when it means that a certain sect in the party will rise against me but I will always blow the trumpet of truth on rule of law and democracy. Removing me from the committees is not an issue to me although I feel for my constituents who I was able to represent fully from that element even if I was not chair of the committee but my skills, experience and linkages are in that particular field. It is my means of contributing towards national development but it has been taken away so no crying over spilt water. It is time to move on and focus on how best to represent my electorate in the new position.

Some people say you are sponsoring some MCP members who recently called for a convention to resolve what they called “a leadership crisis”. You are also said to be working with muted MCP spokesperson, Jessie Kabwila to create parallel structures? What do you say?

Let those that are accusing me of that bring forth their evidence and then judge me. Jessie and myself are in hot soup because we don’t fold up and clap hands for something that’s not right. But if you take a closer look we are not in the same boat specifically. We have different agendas and understanding of things, so you cannot say we are working together. I have never gone to court to call for a convention nor have I ever been in any platform supporting or commenting on what the district committees have done. Why are you putting me into that corner? Am I the sacrificial lamb in this quest to demonise political powerhouses in the party?

You missed by a whisker the position of the party’s leadership at the convention. Is that why you seem to be perceived as a threat to the MCP established?

That’s speculation to me. If I am regarded as a threat, then why did the same leadership entrust me with the directorate of campaign in the first place? If you take a closer look you will see that politics of dictatorial attributes is quickly creeping back into my beloved MCP and the people around the leadership are busy using old tricks in the book to upstage innocent people like me.

What does your future in politics hold?

This type of politics is not healthy. There are times I fear for my life hence the route of using the media to protect myself. You see, these people are fighting with all they have and I know they can go to the extent of threatening one’s life.  My strategy?  Stand for the truth and it shall prevail. There is an adage that says, “There is no smoke without fire”. All these people that are speaking out are not mad. Something is going the opposite direction. On my part I will push on until the incumbent sees the light. Only then will I rest.

It is two years to the 2019 polls, should we expect to see you challenging Chakwera?

The MCP constitution gives a presidency two terms to run that office and I am not planning to cut short the incumbent’s run to State House. I am a strong believer of democracy and rule of law. Challenging him is not a crime, but that the time is not now. This is time to build the party and that is what I am pushing for.

Any word for MCP members?

Mine is a plea to party followers. We have to be sober when analysing things. If you demonise people without proper justification and in the end they are vindicated as telling the truth it is the party that suffers because it develops divisions. To the leadership I say open your doors with soberness and listen to reasoning and not look at personalities as threats or whatever you call us. Kholokolo imene ikunenedwayo idzaoneka pamawa. The macro-dictatorship may be gone legally, but we now remain with it culturally in micro institutions like companies and parties.  The ultimate goal is economic independence and freedom for all.

No pay hike for water boards 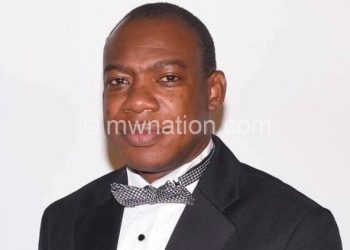 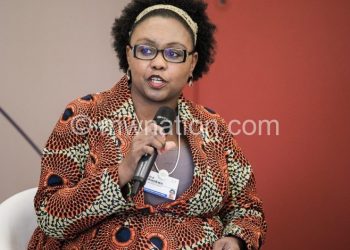