A team of independent reviewers has started re-examining an audit exercise undertaken in 2015 at the Malawi Electoral Commission (MEC) which revealed alleged financial abuse of about K15.4 million.

The probe team started re-evaluating the audit last week and had an audience over the weekend with MEC commissioners to brief them on the progress.

Said Nkosi: “The team indeed met the MEC commissioners on Saturday at MEC offices principally to brief us, commissioners, that they had started the review. They also discussed the terms of reference [ToRs] and time frame.”

She said in terms of time frame, the independent reviewers are expected to carry out the review and complete within 30 days.

“This is not an audit but a review of the audit which was undertaken in 2015,” said Nkosi, a former deputy governor of the Reserve Bank of Malawi (RBM).

However, she could not divulge further details on the ToRs.

However, to smoothen the progress of the exercise government sent on forced leave senior managers and other members of staff on August 24 2016.

The decision followed a resolution made in May this year by delegates to Malawi Electoral Cycle Support (Mecs) project steering committee meeting, comprising government officials and development partners to send the officers on leave.

Initially, a special investigative audit conducted between July 2012 and December 2014 by Ministry of Finance, Economic Planning and Development through its Central Internal Audit Unit revealed that about K1.6 billion could not be explained by the embattled MEC management. 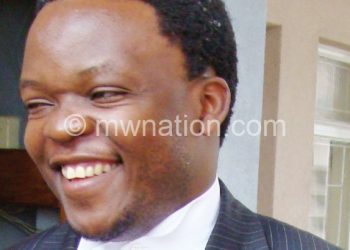