With only a day to go before the tripartite elections, the Malawi Elections Commission (MEC) has reminded all registered voters on the polling procedure.

About 6.9 million Malawians registered to cast their votes to choose councillors, members of Parliament and a president.

MEC’s director of media and public relations Sangwani Mwafulirwa said in an interview every registered voter will be eligible to vote. 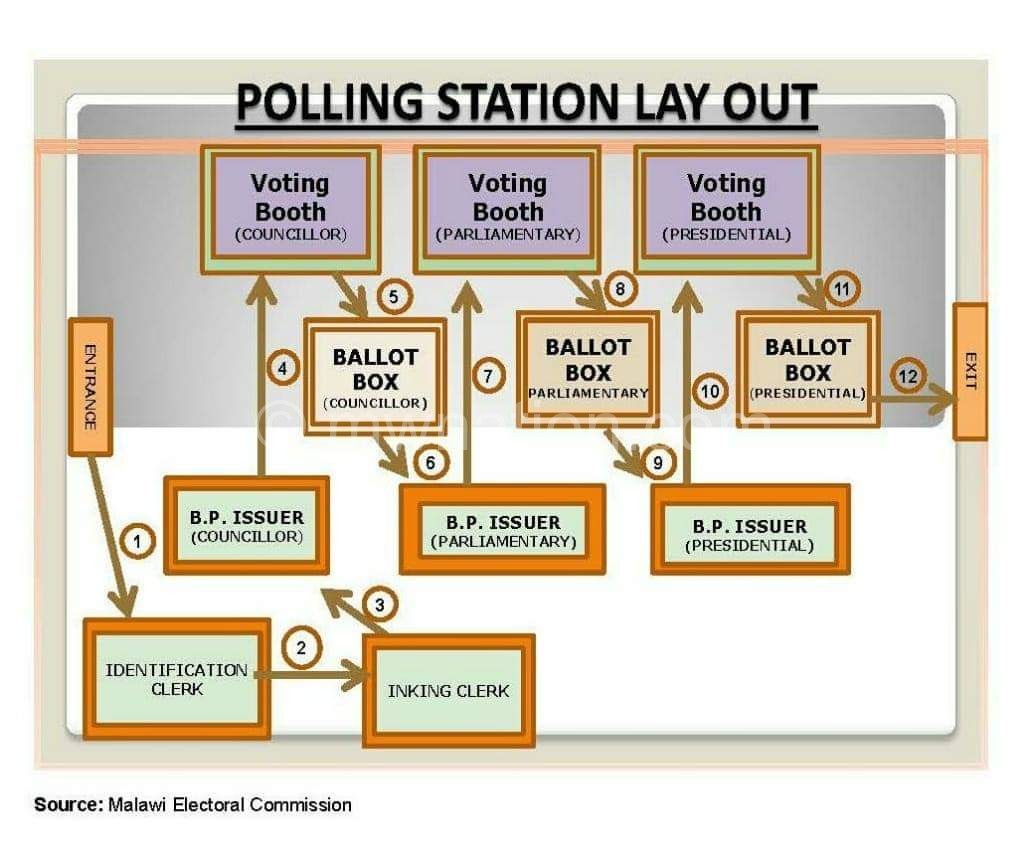 He said: “Registered voters can still vote if they lost, damage or misplaced their voter registration certificates. They should go to the centre where they registered and their name and other details will be in the voters roll.”

According to Mwafulirwa, upon reaching the centre, the voters will first be identified by the identification clerk who will call out their names.

The second step for the voter will be to visit the inking clerk while the  third step will be for the ballot paper issuer to issue the paper for councillor’s vote.

He said the voter will then go to the voting booth to choose a councillor and then cast the vote in the ballot box for councillor.

Said Mwafulirwa: “The same procedure will be followed for the member of Parliament and president, where the registered voter will be required to collect a ballot paper, go to the voting booth and cast their votes in the ballot box for MP and president, respectively.”

He said every voter must leave the polling station soon after casting their vote, adding: “The welfare of the elderly, persons with disabilities, chronically ill, people with albinism and heavily pregnant women will be prioritised at the polling centres as they will not be required to line up with the rest.”

According to MEC, the polling centres will open at 6 am in the morning and close at 6pm in the evening. n