The success of agricultural development programmes in developing countries such as Malawi largely depends on the nature and extent of use of mass media to mobilise people. Planners in developing countries realise that agriculture development can be hastened with the effective use of mass media. But is the country’s media doing enough to help promote the sector that drives the country’s economy? FATSANI GUNYA finds out from REX CHAPOTA of Farm Radio Trust whose mandate is to help promote the growth of the sector.

Modern agriculture demands the use and adoption of modern technology and innovations. Are farmers getting all the help in this regard?

In Malawi where literacy levels among farmers are from low to moderate, the choice of communication media is of vital importance. In this regard, the media is significant in the transferring of modern agricultural technology to literate and illiterate farmers alike within a short time. New technology, research and development and the current issues and challenges faced by farmers are some of the issues that are often being highlighted in today’s agricultural programming. But barriers still remain in communicating agricultural research. The challenge is both with the media and science researchers themselves. They seem not to be collaborating effectively and in the end, it is the farmer who ends up being confused either with complex information or lack of it.

How crucial is the media in growing the country’s agricultural sector?

In a country such as Malawi, where the economy is solely agriculture-led, nothing seems more important in agricultural development than the dissemination of latest agricultural information among the farmers. For this purpose, mass media plays an important role in educating and informing its specific target audiences on the current development in agriculture. This is a country where agriculture has assisted in terms of enhancing economic growth, offering a huge number of employment opportunities and uplifting the socio-economic status of the community. To further enhance this sector’s potential and ability, it is important to ensure that the beneficiary, who is the farmer, is provided with all the current and updated agricultural information such as new t echnologies, new products, methods of

But why is it crucial for the media to spear-heard agricultural revolution?

Malawi’s agricultural landscape needs a revolution. It has to go beyond the basics. One only has to check the National Agriculture Policy to have a feel of what this country can achieve through agriculture. Our farming communities are still behind in new innovations as traditional methods still persist. On the other hand, our scientists have great breakthroughs in the labs and greenhouses. For instance, the Lilongwe University of Agriculture and Natural Resources (Luanar) has the highest concentration of professors in the [Sadc] region. That speaks volumes of what a major force we can be in the sector. There is much more that needs to be done to increase funding to science And then the population boom is real. In 2030, it is estimated that the country will have 30 million plus people in Malawi with same area of land, not to mention the everchanging climate and weather challenges we continue to face. Climate change is here to stay, communicating climate change science is critical.

Does this mean the media is not doing enough in reporting agriculture science?

We are not yet there, but we can always do better. Science reporting unlike sports, politics, business, arts and culture-is generally placed on the fringes of mainstream journalism. But without doubt, it is important to expose and educate farmers with the current and updated agriculture information. The growth value alone proves that agriculture in Malawi has the potential to strengthen the economy and has the ability to enhance farmers’ socioeconomic status.

What are the major barriers to effectively communicate agricultural science research in Malawi?

Close analysis shows that there are various deep-rooted factors that tend to keep science at the bottom of newsgathering, packaging and dissemination. Some of the most difficult challenges facing science reporters are linked to stereotypes and mythsassociated with the work of journalists and scientists-that have yet to be overcome. It is still assumed that when dealing with serious academic, professional and research issues, scientists have their own communication outlets, especially peer-reviewed journals that are inaccessible to the general public. 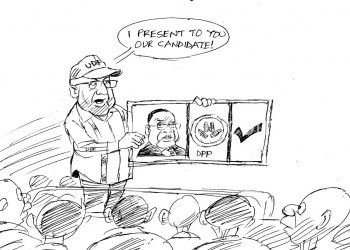