Aged 20, Memory is a globally renowned champion for girls’ rights and an adviser to global leaders on the importance of investing in girls.

She was born in a small hospital, Mabulabo, on September 24 1996 in Mzimba North. She spent her whole toddler and teenage life in Chiradzulu district where she also did part of her primary school education. She later moved to Blantyre and completed primary school at Chitawira Primary School.

From there she was selected to Njamba Secondary School, but instead went to Our Lady of Wisdom Secondary School. She is currently pursuing a bachelor’s degree in Arts Humanities with English as a major and Philosophy and Performing Arts as minors at Chancellor College in Zomba.

“I was born in a family of two, but my family is extremely extended; I love it that way, because by the end of the day I have lots of sisters and brothers. Family is all I got; we are so much attached and it’s everything to me.

“I grew up in Chiradzulu district, my father passed away when I was about 4. My mother has been everything to me. She raised us up with such difficulty but she tried everything in her position to provide for us. I am ever grateful to her,” explains Banda.

Having grown up in different places, with a single parent has been difficult for her, but at the same time she says it is amazing how that has exposed her to different ways of life.

“I was able to see the differences in educated people and the uneducated people. I saw the privileges attached to education. But truthfully, when I was young I did not see all this difference until I got to secondary school and we were constantly asked what we wanted to become in future.

“For me, it wasn’t just a song, but I was always determined that one day I will become anything I want to become. While I was in secondary school, most of my friends and relatives in my home village were married and having children. Just like me, they were young and below the age of 15. I was really scared; I thought that I might fall victim to child marriages, too,” says Banda.

Banda has grown up in a small community where in one way or the other, every household has been affected by cases of child marriage.

Having witnessed such in her own family, village and community, she saw the need to educate her fellow young girls to reflect on their dreams and goals in life, becoming a girl’s advocate and champion for girls’ rights.

“I first connected myself with so many situations that disadvantaged girls in my community. I personally reflected on my choices as a young girl. Just like any other girl in my community I felt I had fewer opportunities and that I was being undermined. Education seemed not to be a choice.

“Often times in the communities, when girls are looked at merely as marriage material and not as people who deserve an education. As we grow up, all that people see is a bride and not a girl. This is the way the community looks at a girl child,” she says.

Banda adds that most parents think that investing in a girl’s education is a waste of resources; they believe that they are better off turning the girl child into social capital.

“They may look forward to marrying her off so that they can get a bride price or relieve themselves from a burden of taking care of her. A lot of parents would rather find, or encourage her to find a man, to take over their responsibility instead of sending the girl child to school,” says Banda.

What is worse? She points out that what the girls face in initiation camps is traumatising. She goes further to say that they come back different, wearing the masks of adulthood, yet they are so young both physically and mentally.

Eventually, these girls drop out of school and marry on their own accord or are forced into the marriages.

“Such social injustices put girls’ lives at risk. There are so many risks attached to child marriages. Early child marriage means that the girl child’s dreams and goals are cut off, which further means that she will not have proper information to pass on to her children since she is not educated, as no education means no information. This means that the circle of poverty will be regenerated from one generation to another,” states Banda.

She has joined a movement of a young generation wanting to change such attitudes through girls centred advocacy, with Girls Empowerment Network (Genet).

Genet is championing a project called ‘stop child marriage campaign’. When they started implementing this project, she was one of the girls actively involved and she was only 13 at the time.

“Through this organisation, as young girls we found our voices. We addressed our traditional leaders and parents about the challenges we were facing as young girls. We presented all our challenges, including the issue of initiation camps. Upon hearing us out, our traditional leaders and parents vowed to support and protect girls against all forms of social injustices. Now I am a youngest advisory board member of Genet and an international organisation, RiseUp.

“We managed to fight for our rights at national level. We identified the loopholes in the constitution and the Act. We pushed for the review of the Act to raise the legal marriage age from 15 to 18. I am so happy to see the remarkable changes that are there through the active participation of girls regarding their wellbeing, dreams and goals,” she says.

Girl, Banda adds, have now realised their potential and their abilities, including having wide knowledge of their rights, freedoms and responsibilities.

She also says that traditional leaders across the country are in full support for girls’ education and empowerment.

Also, lately, various leaders are taking part in rescuing girls from marriages and sending them back to school. They are also having different creative interventions at community level to stop parents from forcing girls into marriage.

At the same time, initiation camps are being outlawed by the traditional leaders. Some of the negative elements taught at the camps are being modified to suit the modern times by explaining puberty stage and sexuality processes biologically rather than traditionally as it used to be in the past.

“This is a significant change in the mindset of our traditional leaders as well as parents just because we girls voiced out. I see myself as a part of a great influence in our traditional leaders and parents’ change of attitude towards girls. Having participated actively and passionately in this work, my community looks at me as a role model.  I am looked at as an advocate for girls locally and internationally. I travel across the country whenever necessary to continuously educate and empower girls and help them believe in themselves that they have limitless potential to become anything great in life through education,” she says.

Banda is equally educating traditional leaders and parents to support young girls by eliminating all harmful cultural traditions and the negative attitudes towards girls.

Banda is also involved in different policy making and changing processes as well as decision making and implementation strategy meetings to invest in girl’s education.

“Through my work, a lot of girl’s lives around me have changed for better, including my close relations. Education opportunities should be made available to all girls. Education has made me realise my potential. I believe that education will also make every girl in Malawi realise their potential. I also believe that every girl has a dream, and no matter where one is coming from, they should try their best to work towards those dreams. 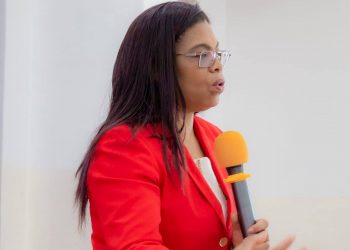