by Malawi News Agency
in Editors Pick, National News
3 min read
0
Share on FacebookShare on TwitterShare on WhatsAppShare on LinkedinLinkedinShare via Email

The Department of Climate Change and Meteorological Services (DCCMs) has asked government to recruit more meteorologists in district councils to help interpret seasonal forecast data that will reduce rainfall-related disasters.

The department’s director Joram Nkhokwe made the call in Zomba on Thursday where his department in collaboration with the Department of Disaster Management Affairs (Dodma) under the Scaling Up the Use of Modernised Climate Information and Early Warning Systems (M-Climes) Project facilitated workshops for dissemination of 2019/20 district downscaled rainfall seasonal forecast in five M-Climes  districts.

DCCM released the national rainfall seasonal forecast for 2019/20 in September this year and the planning of dissemination activity targets some districts and community personnel who can assist in spreading the messages.

In an interview with Malawi News Agency (Mana), Nkhokwe said the exercise is an ongoing activity that has revealed gaps the department is facing in terms of generation of data. He said the situation is worsened by the lack of meteorologists at district level.

He said: “Generation of the national seasonal rainfall forecast comes from districts and due to various challenges at district level that include unprocessed data, the department releasing seasonal forecast that is based on estimated data which has contributed to issues of inaccuracy forecast weather information.”

Nkhokwe said due to such challenges, there has been a public outcry that Met does not give accurate information.

Commenting on the issue, Phalombe district commissioner Rodrick Mateauma concurred with Nkhokwe, saying there are gaps in the councils, especially when it comes to information dissemination on seasonal forecasts.

He said that is the case because of lack of weather experts at district level to help interpret any data the district generates before any disaster hits.

Mateauma said times are changing and it is high time the councils and DCCM changed the approach when it comes to dealing with interpretation of seasonal rainfall forecast messages.

He said: “The communities are always ready to hear from us but most times we do not have handy information to warn them of the upcoming disaster. This is because we rely on the national forecast which is too general.

“With this training, we will make sure that we use the knowledge we have gained, by also using the indigenous signs to warn the communities and make sure that we are moving together and avoid some disasters that affect some parts of the villages every year.”

One of the facilitators from M-Climes Project Coordinating Unit, Ted Nyekanyeka, said the workshops have been an eye opener as they have offered an opportunity for stakeholders to develop advisories to be taken to communities and farmers that could be affected by floods and dry spells, among other disasters. Timely provision of the forecasts and use of vernacular language is expected to enhance decision making among the users who are largely rural and vulnerable communities.

The power of art 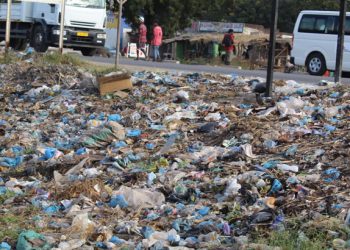