Business mogul Thomson Mpinganjira’s midnight walk to freedom on Wednesday after the Anti-Corruption Bureau (ACB) arrested him for alleged attempt to bribe judges hearing the presidential election nullification petition has raised eyebrows and prompted a probe.

She said: “The law under Section 60 of the Criminal Procedure and Evidence Code gives power to the High Court to call for any file in the magistrate court where they want to see the correctness and legality of any finding made by the lower court. That’s the procedure we are using now.

“Thus, for the appeal which was supposed to be done by the Anti-Corruption Bureau, it is now waiting for that procedure to take its course.”

The registrar said Kamanga will likely study the file today as she was occupied with another case yesterday.

In an earlier interview, Patemba said going by Section 96 of the Criminal Procedure and Evidence Code, the warrant of arrest the ACB obtained should have been cancelled by the magistrate’s court that issued the same.

She said: “In our view, the magistrate’s court in Zomba has made the order irregularly. That’s why we want to bring it to the attention of the High Court judge to analyse it, to look into it.”

In his reaction, a visibly-disappointed ACB director general Reyneck Matemba was blunt, describing the developments as unfortunate and “a sad day for the Judiciary in Malawi”.

He said he was shocked to get a phone call five minutes after midnight informing him about the release order for Mpinganjira who was held at Blantyre Police Station and was due to appear in court yesterday to be charged and apply for bail.

Matemba said: “We don’t talk about these issues and I personally don’t normally like talking about them. But this time around, I’ll talk about it because this is sad and disgusting.

“We [ACB] have a whole case where a judge of the High Court stopped us from prosecuting and investigating yet the law empowers us to do that. That case is still there. And we now have this [development. It’s sad.”

Malawi Law Society (MLS) president Burton Mhango indicated in an interview that the society was studying the developments.

He said should MLS establish unethical practices concerning its members, it would consider the action to be taken.

“But as you can see, the Judiciary is already on the matter. So, we really have to understand what happened to get a better way forward,” said Mhango.

In a separate interview, Garton Kamchedzera, a professor of law at the University of Malawi’s Chancellor College, observed that the magistrate’s action to cancel ex-partes a warrant of arrest he did not issue has put the Judiciary into disrepute.

He said in the circumstances, it is not surprising that the High Court has called for the file to review it.

Kamchedzera said legal procedures are clear that regardless of the circumstances, a magistrate cannot cancel a warrant of arrest issued by another magistrate.

“There should be administrative cause of action, even to lawyers involved in this. I expect Malawi Law Society to be interested.”

However, Kamchedzera said the Zomba court process appears well calculated and that all involved—the magistrate and the lawyers—knew what was happening.

He said: “But I seriously feel depressed if the court colluded in this.”

Earlier yesterday, Matemba failed to restore the warrant of arrest for Mpinganjira following the Judiciary’s decision to review the file.

Mpinganjira, who is group chief executive officer of FDH Financial Holdings Limited and board chairperson of Electricity Supply Corporation of Malawi (Escom), was released from Blantyre Police Station around midnight after his lawyers obtained an order in Zomba.

Mpinganjira’s arrest on Wednesday came barely nine days after ACB kept under wraps names of two suspects in the alleged bribery attempt of the judges hearing the presidential elections case.

In the elections case, two of the presidential candidates in the May 21 2019 Tripartite Elections—UTM Party’s SaulosChilima (first petitioner) and Malawi Congress Party candidate Lazarus Chakwera (second petitioner)—want the court to nullify presidential election results over alleged irregularities, especially in the results management system.

Incumbent President Peter Mutharika of Democratic Progresive Party, who was declared winner of the elections, is the first respondent with Malawi Electoral Commission as the second respondent in the case.

The five-judge panel of the High Court of Malawi, sitting as the Constitutional Court comprising Healey Potani, Ivy Kamanga, Dingiswayo Madise, Redson Kapindu and Mike Tembo, concluded hearing the matter on December 20 2019 and indicated that they would deliver their judgement within 45 days from that date. 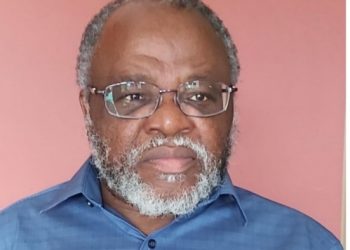