Minister hands over house to child with albinism

Minister of Transport and Public Works, Jappie Mhango, yesterday handed over a three-bedroomed house to the family of Noria Mhango, a two-year-old child with albinism whom unknown assailants attempted to abduct in February at Chitimba in Rumphi.

Mhango, who visited the family after the abduction attempt, provided iron sheets, doors, cement, bricks, nails and paid builders. He has also bought baby Noriah lotions and clothes to protect her skin.

From a one roomed grass-thatched house, the Mhangos are now comfortable in a K4 million worth house, with strong window panes and electricity.

In an interview after the handover on Thursday, the minister said government was doing everything possible to end attacks on people, which were denting the country’s image.

He said: “The first line of security is the community itself. People with albinism must feel safe in their communities, we must all be our brother’s or sister’s keeper.”

Noriah’s mother Ethel Maxwell expressed gratitude at the gesture, saying it could have taken forever for the family to build the house, if it were not for the minister.

“I now feel safe. I just hope my child will grow safely and be a testimony to many. May I also request other well-wishers to help children like Noriah,” she said, adding that police visit them over three times a day which makes them feel safe. 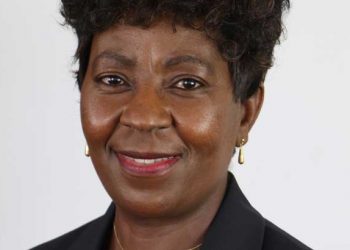