Minister of Homeland Security Richard Chimwendo Banda says government is kin to seal porous borders which he said are one of the major contributing factors to growing cases of human trafficking.

In an interview on the sidelines of an engagement with senior chiefs from the Southern Region on the Trafficking In Persons Act (2015) in Blantyre yesterday, the minister said sealing the porous borders can only happen with collaborative efforts with the traditional leaders.

He said following the increase in cases of human trafficking, government wants to make sure that all possible contributing factors are eliminated, including sealing of the porous borders.

Said Chimwendo Banda: “Government is doing everything possible it can to fight human trafficking and it recognises that chiefs are the biggest stakeholders because they stay with the people in communities and can trace everything that is happening.”

He said enlightening chiefs and empowering them with knowledge of the Trafficking In Persons Act would go a long way in making sure that all contributing factors of human trafficking are dealt with in an effective manner.

The minister also warned people who undermine the law, saying government will not spare anyone found involved in human trafficking regardless of who they are.

In a separate interview, Ministry of Local Government director of chiefs administration Charles Makanga said it was necessary that chiefs work with government in a bid to end the vice since they are custodians of the people.

“The chiefs are there to implement all government policies and involving them is in line with what is contained in the Chiefs Act,” he said.

Makanga acknowledged that lack of awareness among chiefs on the 2015 Trafficking In Persons Act has contributed to an escalation of human trafficking cases, stressing that most of the scenarios occur in the communities.

In this regard, he hailed the Ministry of Homeland Security for orienting chiefs on the Trafficking In Persons Act, stressing that it will mark a new chapter in the fight against human trafficking.

On her part, Senior Chief Kaduya from Phalombe said the training was beneficial, pointing out that they were things they understood which at first were not taken seriously.

Prior to engaging the senior chiefs yesterday, the ministry on Monday drilled journalists based in the Southern Region on the provisions of the Act. 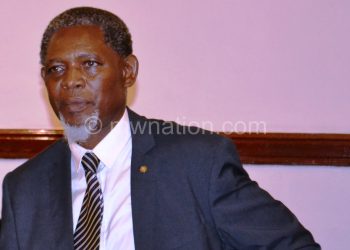