Ministry of Health (MoH) has deployed medical doctors to various health centres in a bid to decongest central hospitals and restrict them to referrals and major cases.

The move comes against a background of most patients seeking medical assistance at referral or central hospitals, especially in the cities of Blantyre, Lilongwe, Zomba and Mzuzu where there are no district hospitals. 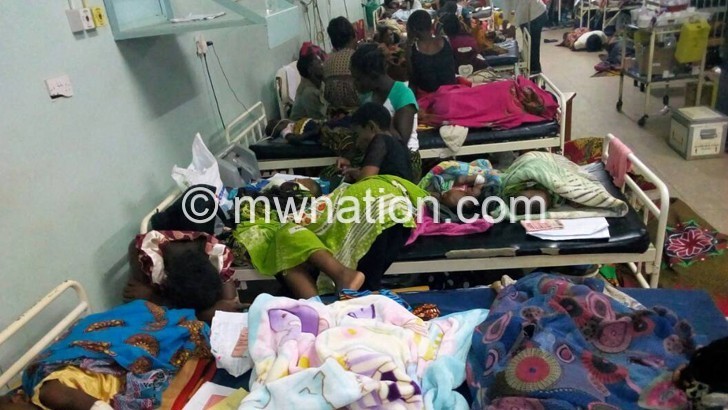 In an interview yesterday, MoH spokesperson Joshua Malango confirmed that the ministry deployed the doctors to health centres, having trained and recruited more than could be absorbed at district or central hospitals.

He said: “We would like to help ease congestion and make people access medical services easily and within their jurisdiction. As we are talking now, some health centres are conducting [surgical] operations.

“For instance at Ndirande Health Centre [in Blantyre], there is an operating theatre which is even handling cases from Queen Elizabeth Central Hospital [Qech]. This is a bid to improve the health system.”

Currently, Area 18, Area 25, Kawale, Kabudula and Mitundu in Lilongwe as well as Zingwangwa and Ndirande health centres in Blantyre have qualified medical doctors, according to Malango.

But while appreciating the move, Malawi Health Equity Network (Mhen) executive director George Jobe said the initiative would be an exercise in futility if the ministry does not equip the health centres with enough stocks of medicine and equipment.

He said: “We call on government to equip these health centres. Sometimes, it is not that when people go to referrals they want doctors only. It is because there are no medicines and other supplies in the health centres. The move is good, but also look on the equipment side.”

Jobe also said that while government is decongesting central hospitals, it should also think of health centres in the districts which also need the expertise of doctors.

Kamuzu Central Hospital (KCH) director Jonathan Ngoma said the decision should have been implemented way back because health centres are supposed to have a resident medical doctor.

He said: “We are now relieved of some activities like operations which are now being done at health centres such as Kawale, Area 25, Area 18 and Kabudula. So, you can imagine the relief.”

The government has in the past posted cadres of clinical officers and medical assistants who work without critical drugs and supplies and cannot carry out operations.

Malawi has four regional referral hospitals, namely QECH in Blantyre, KCH in Lilongwe, Mzuzu Central Hospital and Zomba Central Hospital. However, the four facilities are usually congested as the districts they are located in have no district hospitals.