From the day she heard of the war, Doreen Mkwanda, 30, was determined to be on the frontline. Just a day of hearing from her friend that World Vision was recruiting people to fight malaria in June 2020, Mkwanda cycled on her family’s ‘Humber’ bicycle for two hours—from her Milala Village to Mbera Health Centre—to drop her application letter.

This war was personal—inspired by her experience of loss plus sheer courage to seize the opportunity to raise her children in a malaria-free community.

On top of her two biological children—Maureen and Christian—who are aged six and two respectively—life gave her a third. When her sister died of sustained birth complications, just four months after gifting the world with Zikomo, a girl, responsibility quickly fell on Mkwanda. That was in 2019.

This is a role she was happy to fulfil in honour of her fallen sister. After all, she has the support of her father, retired and staying at home, who has been watching over the children in her absence when she goes out for business.

An industrious woman, Mkwanda makes different juices from Bwemba and Malambe, which she takes around the villages, especially to schools, selling to satisfy people’s dry throats.

In fact, her village and Balaka as a whole, is one of the hottest districts in Malawi. Temperatures hit as high as 40 degrees Celsius.

She waited patiently. After interviews and other processes, in September, Mkwanda underwent training to join the ‘army’. She became part of 589 young people recruited from all villages of the district to spray houses.

Just a day after she started working for World Vision in September, Mkwanda had a huge setback. Her niece, Zikomo was sweating and vomiting. She learnt this from a phone call by her father. He also added that Zikomo was refusing food and crying.

By the time he was making the call, Gogo had already hired a motorbike to take him and Zikomo to Kapile Health Centre, approximately two kilometres from her village.

Mkwanda could not wait for the training presentations to finish. Her district coordinator, Loyce Magombo, excused her for that day to look after her niece.

When Mkwanda got to the hospital, the medical officer confirmed her fears, that Zikomo had malaria.

After a malaria jab and two drips, Zikomo was discharged, with instructions to be brought back to the clinic for the following three days, where she could be given three more malaria jabs.

By the end of the third day, Mkwanda and her father put together all the cash they had to pay a medical bill of around K8 500 (roughly $10 then). On top of this, they paid K6 000, which went into transport costs.

“When we got home, my husband and father told me to go to work the following day and promised to look after Zikomo and get her to the hospital for her prescriptions,” recalls Mkwanda.

Zikomo’s attack from malaria just reinforced Mkwanda’s resolve to be part of the Indoor Residual Spray (IRS) project by Word Vision and the Malawi Government. For her, it was her guaranteed path to freedom from malaria.

“Two weeks before Zikomo got sick, Maureen had also been diagnosed of malaria and we spent some money as well”, said Mkwanda who pointed out that unlike Zikomo, Maureen was treated as an outpatient.

Malaria is the leading cause of death in Malawi, responsible for about 40 percent of all hospitalisations of children under five years and 30 percent of all outpatient visits across all ages.

For people like Mkwanda, the disease further robs them of their productive time. They stay out of the farm and out of businesses for long and compromises care for children, which is why World Vision is working tirelessly to achieve zero-malaria in Malawi.

A recent Demographic Health Survey (DHS) Report indicated that out of every 1 000 people, 483 were affected by malaria in 2018.

Magombo, World Vision coordinator for the IRS project in Balaka, whose project has employed 657 people to spray 138 719 houses across Balaka, says the project will save lives.

“Just moving around in the villages, we can hear from people and see from reports in hospitals that malaria is a serious problem affecting people and I believe that this project will be a game-changer,” said Magombo.

On his part, World Vision Malawi Chief of Party for malaria projects, Alexander Chikonga, says ending malaria is everyone’s responsibility and his organisation is working hand-in-hand with the Ministry of Health’s National Malaria Control Programme to implement hybrid approaches against malaria.

Chikonga added that ending malaria is significant in pushing Malawi towards the attainment of many of the Sustainable Development Goals, because “it is only a healthy country that can be able to develop”.

“When Malawi defeats malaria, people will have time to work on agriculture; children will spend more time in school and many preventable deaths will be avoided because malaria is our biggest problem at the moment,” noted Chikonga.

He also bemoaned that a majority of the victims of malaria are the poor, living on the margins of life with little or no access to health services.

“If these people are safeguarded from malaria, the country stands to gain in the resources saved, which will be used in other avenues of life to develop the nation”, added Chikonga, who thanked the Malawi government for entrusting World Vision with the IRS project.

All the messaging and efforts point to the Malawi government’s determination to reduce malaria, which began in the 1960s. True to these investments, malaria cases have dropped dramatically—from a 1994 peak of about 600 cases in every one thousand people (including thousands of deaths) to 400 in 2018.

World Vision is carrying out similar IRS projects in Mangochi and Nkhata Bay districts, where 351 000 and 67 000 houses, respectively, will be sprayed. In Nkhotakota, Vector Link Malawi is running a similar project.

In a recent project in 2018, World Vision distributed over 10.8 million mosquito nets to all 4 451 291 households across Malawi. Besides, the organisation has been strengthening community health structures that include health advisory committees and village clinics.

Across many parts of Malawi, malaria transmission is perennial and peaks during the rainy season between November and April. But for this season, Mkwanda is on the battle front, to give her village and many other surrounding communities an opportunity to be free from malaria. This is a war. 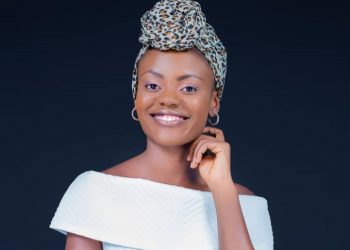