…the cry of musicians

Musician Phungu Joseph Nkasa looks back to 2003 with nostalgia. He remembers receiving about K2 million as payment of royalties from the Copyright Society of Malawi (Cosoma) for his hit album Tigwirane Manja.

Nkasa describes such payment as “a huge sum of money” worthy the status of the album that broke sales and radio music charts, especially for its song Mphwayi ndi Tsoka. But today, the master of lyrics can only wish if he could turn back the hands of time.

“These days, with piracy, it’s difficult to break such a record,” he says. “But in those days it was easy because our albums which were in cassettes could hardly be pirated.”

Just a few weeks ago, top urban artists Gwamba and Martse vented their frustrations on social media for payment of royalties which were less than K10 000 each and described such payment as “money for lunch” and “peanuts”.

The case of these two musicians surprised many fans considering the massive airplay their songs, especially Better and Mwano respectively, had been enjoying on various radio and television stations.

In an interview with our sister paper The Nation, Gwamba who received K8 100 said the payment is “crazy and funny, but sad”, wondering if up-and-coming artists would be willing to sign with Cosoma, which has a membership of 8 000 musicians, when the established ones get peanuts.

However, the issue, possibly, should be how does Cosoma distribute these royalties because most of the musicians we interviewed are not aware of the criteria used for distribution? And what should be done to make sure that artists really benefit from their works?

Cosoma senior licensing officer Rosario Kamanga says royalties are usually based on the number of times a song is played on a radio station as well as the number of album sales.

“The more airplay that a particular song receives on a high paying radio station would, all things being equal, give a higher amount,” he says.

However, for the issue of Gwamba and Martse, Kamanga says his office needs to find out the type of loyalty that was distributed to the artists.

With mechanical royalties, artists benefit through sales of their albums whereas broadcasting and public performances have to do with the number of airplay the songs enjoy on radio and television stations as well as public places like pubs.

Kamanga says the millions that Nkasa received were royalties from album sales “which is 10 percent on every copy”.

He says artists need to be aware that royalty based on airplay is just “an additional income”.

Therefore, he says artists should not blame Cosoma when they get peanuts from their singles because “we do not give from without”.

“If the royalty has been paid less from radio stations then that same less is divided among the musicians whose works have been used for playing. That means the amount will not be substantial,” says Kamanga.

He suggests that with the advent of technology, downloads of songs on various websites should be paid for to help artists accumulate more money.

“Royalties are based on airplay. If it is not played enough on radios then it won’t accumulate more royalties. So, people should not hate Cosoma. They should fight that radios in Malawi should play more Malawian music.

“Presently, local radio stations play Nigerian and Zambian music more than Malawian music. And how would a local artist benefit in that way?” he reasons.

Banda says Malawi is externalising forex by playing more foreign music because “a lot of royalties are going outside the country”.

Banda who is also member of Parliament (MP) for Balaka North says law makers have passed a motion in the present sitting of Parliament to force local radio stations to prioritise Malawian music.

Ngumuya hopes the motion would help artists benefit from copyright money, saying without which musicians will continue labouring in vain as he has done with his previous 15 albums.

Reggae musician Lambanie Dube says it is high time musicians took charge of institutions like Cosoma if their welfare is to be addressed.

“Music is supposed to be run by musicians themselves. The problem in Malawi is that we have left music in the hands of individuals who do not know music. These individuals are interested in enriching themselves and not the artist,” he says. 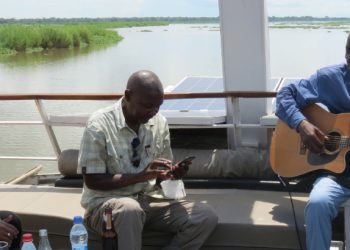