When Beatrice Mbewe, 46, won Maganga Kulunda ward in Salima central constituency, she was gripped with joy and sadness.

“While I was happy I had won, I felt sad that the parliamentary seat went to MCP,” Mbewe told this writer. “I feared an acrimonious relationship between us.”

But her fears were allayed after Jumbe convened a meeting at which he expressed his desire to work with his councillors regardless of their political affiliation.

Following what Jumbe said, the constituency has managed to resurrect several projects that had stalled in all the nine wards of the constituency, to the delight of everyone.

The cooperation existing between Jumbe and his councillors is rare. In many parts of the country, MPs and councillors are at logger heads.

The enmity stems from the fact that most MPs think councillors eye their positions and not surprisingly, they work in isolation to the detriment of development efforts.

Mbewe said although Salima Central was within the township, it had few successes one could point at in terms of development.

“In terms of development, the area has very few things one can admire. It is a business area, but before the Honourable Jumbe took over as MP, things were a mess,” she said.

“The area had very poor infrastructure, especially schools after some classroom blocks collapsed. And most community schools had no electricity, to name but a few problems.”

Mbewe commended Jumbe for the initiatives she said he had brought to develop the constituency, including promoting education by sponsoring needy students.

The other initiatives are paying fees for needy students in all community day secondary schools (CDSS) and reopening of junior schools that were closed for lack of resources to run them.

According to Mbewe, most roads in the area have been rehabilitated, again thanks to Jumbe’s wise leadership.

One such road is the one from Papala to Kachulu headquarters that passes through Kafuwu. The road has been reconstructed.

Commenting on the same, Councillor for Kalonga ward, Janet Chipeni said Salima was developing rapidly and predicted that the district would be transformed in two years time.

Chipeni attributed the district’s development to the prevailing unity that has kept people together despite their political affiliation.

“In his first meeting with us councillors, he [Jumbe] mentioned that the responsibility of choosing development work lies with the community and not us councilors,” she said.

“It was an eye opener because most of us thought the other way round.”

“Honourable Jumbe doesn’t care which political party one is affiliated to. He treats us equally and this is what has made us achieve our goals within a short period of time because we are able to allocate resources accordingly without favouring some areas.”

Chipeni said because they were united, they were now planning together with communities to implement projects in a transparent manner.

She said through Jumbe’s wise leadership, they had managed to resuscitate the construction of Ntchentche Primary School that previously had only one block with a rough floor.

In a related development, people of Namanda built a school block, but due to lack of resources, they abandoned it.

But the school block got completed when it was lined up for renovations when Jumbe became MP. It has now been roofed using the Local Development Fund (LDF).

And the prevailing unity among people in the constituency has also seen Chilumba CDSS receiving solar lights to help students study at night.

Chipeni said Salima community ground now has a brick wall fence after it was prioritized for renovation through the LDF. Again this happened because of the constituents’ unity.

“Efforts to renovate the community ground have been a success. The ground is now operational and we have several sponsored activities taking place there,” Chipeni said.

Chipeni, however, said there were some areas that needed government’s attention, citing an old building that used to be a health centre which is now being rented out.

She suggested that the building should be renovated so that it could be used as a health centre again to ease congestion at the district hospital.

The health centre stopped functioning without a good reason and the building was rented out to an organization.

“It is a sad development to see that the health centre was closed for no reason and the people who did that went ahead to rent it out to an organization,” Chipeni said.

“We want the health centre to be reopened so that people can access health services instead of queuing at the district hospital.”

The two councilors hailed Jumbe for his desire to work with his constituents regardless of their political affiliation to develop the constituency.

Jumbe said it had been exciting to work with councilors. He said it was simply a question of understanding his role and their role and how to put their efforts together.

“All is fine and I should say it has been exciting to work with councilors in my constituency by simply understanding our roles,” an unassuming Jumbe told Mana.

He added: “The CDF which often is the born of contention is discussed with everyone, including Area Development Committee [ADC] chairs and councilors.”

No progress on MSB toxic loans 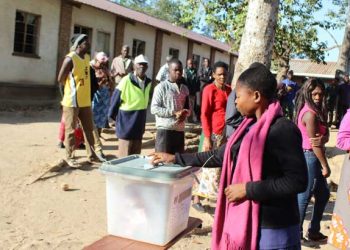 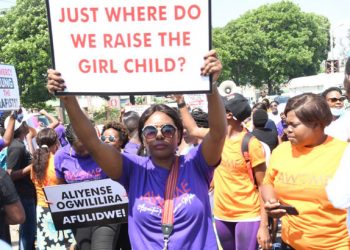 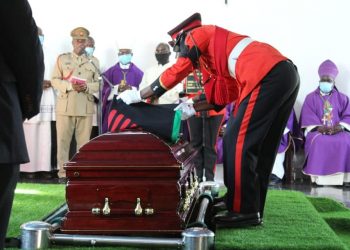