You must understand the confusion that compounded this writer this past week for a split second. It was 8 pm and the sight of heavy duty construction vehicles, buzzing around the under construction highway connecting Area 49 to City Centre, in the capital, amid heavy floodlight, proved too much a shock.

Just what on earth is happening? This—this sense of urgency that drives nations to work day and night, to build a future, is not stuff our country is made of. It’s what you see though when you wonder in foreign lands and marvel at the work ethic of the Chinese or other fast-rising nations. 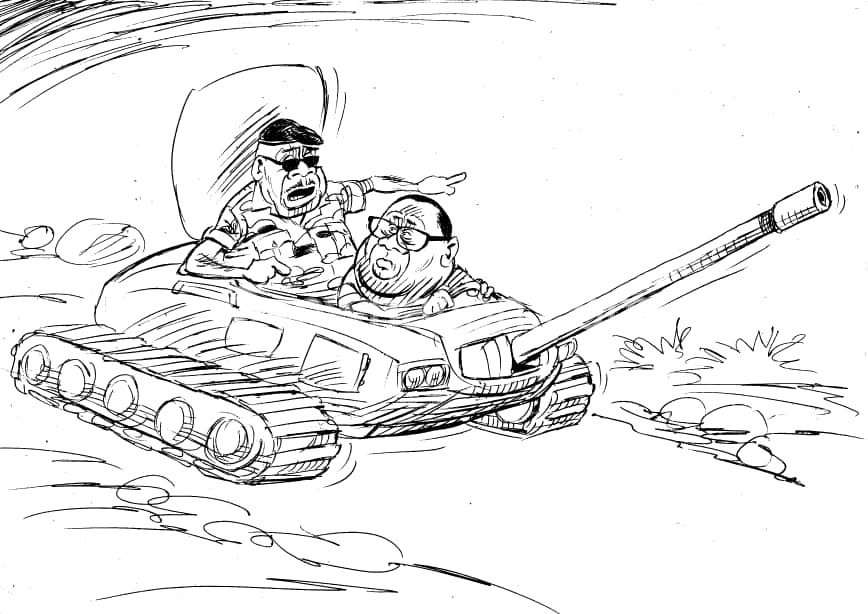 Not here. Not here, wherein the day whose sun had sunk into the deep seas of the sky, this very writer had just witnessed the great inefficiencies of this country at a public office where citizens seeking to do business go to register. There, day after day, they go for months seeking to register their business and minus anyone ever paying a bride, so I was told, nothing moves.

It’s not just that office. Truth be told, our inefficiency and procrastination is legendary. So, watching our nation at work late at night was fascinating and it hit me as wave of fresh air. Until the excitement ebbed away and I realised what this was all about.

The road, like many other pet projects of President Peter Mutharika, is in a race against time. The deadline is very clear: ‘Let’s get done before May 2019’, the breathtaking pace seems to be suggesting. Well, good enough.

The thing is, this spectacle also reminds us of what else our nation can become. It reminds us also that the previous years of slow progress are man-made; hence should be added to the scroll of charges we can add to this administration and its predecessors for years wasted.

For we know this gruesome certainty—our country can be managed better. And if this sense of urgency, this desire to show off to the electorate with tangible development work and reforms can be done in earnest, our nation can be on road for prosperity.

Those that think holistically know that good leadership is not just about the number of infrastructure it completes in its terms, but also reforms and initiatives that can open the floodgates to prosperity. Take the fight against corruption, for example, almost every Jim and Jack can tell you the direct link between fighting corruption and development. Money saved from rich crooked barons can be used to fast-track the country’s development.

Yet under pressure to impress the electorate, Mutharika and company have resorted just to cheap populist actions such as road projects, removing secondary school tuition fees, quick roll out of the national internship programme and one of the President’s favourites, the community vocational training centres. And let no one spin this, all these are important projects but must be seen in their rightful context—they are being used by an administration desperate to hold onto power as muse to hoodwink the public that they have credentials to develop the country, and, additionally, they are being hurried without matching reforms to curb the wastage in government that could have afforded the country’s development agenda more resources than the current case.

And here is the subplot. As I drove past the surreal construction site, it dawned on me that wasting four years through misrule, procrastinating and corruption, the break out of war in the DPP and its potential impact on the national elections, have finally jacked our national leadership into action.

Without the fear of losing elections, without the President’s legacy being so spectacularly challenged as we have seen in this last few months, our country could have remained on autopilot, without a sense of urgency or whatsoever.

And this is the biggest frustration of those of us who consider Mutharika’s rule wasted years. It is not that he violates our Constitution on a regular basis, not that he jails or kills his opponents like some dictator (actually I always insist APM is a gentleman), but it is his failure to grasp that this country is in a state of crisis, and act appropriately, that makes his leadership already appear as a footnote in history.

Mutharika has not pushed for any great ideas. He has failed to reform the civil service. There has been no crusade against corruption. If he were to leave office today, he will leave the country as he found it, or worse off.

Should I go back to my former hubby?

Should I go back to my former hubby?