The group, which is behind the popular song Be Careful, is scheduled to perform in the country`s major cities of Blantyre and Lilongwe next month.

According to organisers of the shows, Myuziki Pusha Entertainment (MPE), the band is scheduled to perform in Blantyre at Emperors Castle over the weekend before proceeding to the capital city December 23 and 24 at Chez Ntemba and Cockpit Lounge, respectively.

Speaking when he handed over the cheque on Monday in Blantyre, Castel Malawi senior brands manager responsible for alcoholics Widdey Nsona said his company is synonymous with fun; hence, funding the music shows.

He said: “One cannot take music out of our wide range of products. Joyous celebrations anywhere are almost non-existent without them. Besides, the shows-falling around Christmas-arguer well with the spirit of our own golden anniversary celebrations. The coming in of the foreign artists just spices it the more. We just had to come in.”

Nsona also pledged to ‘flood’ the two cities with their products, mainly beer, throughout the shows.
MPE event director Yolanda Kaluwa thanked Castel for the gesture, saying it was a sign of great confidence in them.

“We may be relatively new on the entertainment arena in the country but this donation-a sign of trust-easily speaks volumes of how seriously we are being taken. We strive to maintain standards and we can only be grateful to such partners as Castel,” she said.

Dubbed ‘Be Careful Tour’, the performances will be the first by the South African band, who are famed for displaying a unique art in their music performances.

She added that since the event is meant to decorate the festive season, MPE has deliberately slashed the gate charges to enable more enjoy the fun.
She said advanced tickets are going at K2 000, gate charges pegged at K3 000 which VIP charge is K6 000. n 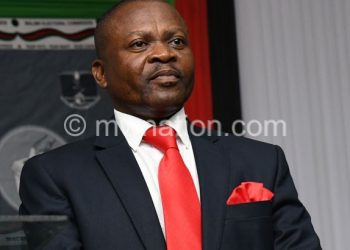