Mvula was named iPRO Hydrate Player of the Match during her side Manchester Thunder’s 60-27 thumping of Severn Stars on Sunday.

The Queens shooter is also second on the list of players with the most shot success rate in the league at 96.46 percent, just below Leeds Rhinos’ Donnell Wallam with 96.97 percent, according to VNSL website www.netballsl.com.

Vinkhumbo-Nyirenda, who was instrumental in Strathclyde Sirens’ 35-30 victory over London Pulse, is the joint leader on the list of players with the most intercepts.

She is tied on 12 with Razia Quashi (Saracen Mavericks) and Alice Harvey (Loughborough Lightning).

The former Kukoma Diamonds defence pillar is also second on the list of players with the most turnovers and deflections.

With 17 turnovers, she is just two behind Leah Middleton of Surrey Storm and 12 deflections, three behind the leader.

Mvula and Vinkhumbo-Nyirenda’s clubs are tied on nine points alongside Lightning and Team Bath, but Thunder lead the 11-team logtable on better basket difference.

Thunder have registered three straight wins with a game in hand while Sirens have won three of their four fixtures.

The two Malawi Queens stars yesterday said they are happy with their exploits in the foreign land.

“I remember being told netball will not take me anywhere…this doesn’t look like anywhere. I thank Manchester Thunder for great team work. My heart is full of gratitude,” Mvula wrote on her Facebook page after her Player of the Match performance on Sunday.

On her part, Vinkhumbo-Nyirenda said: “It feels great to be among the best defenders so far in the foreign league.

“It is my wish to keep the fire burning and, probably, help my team win the title at the end of the season.”

Mvula, who is well-known for splits and flawless shooting accuracy, has been with Thunder since 2017.

The former Blue Eagles Sisters shooter was crowned the Sky Sports Fans’ Player of the Season in 2019 when she helped her side lift the VNSL trophy.

Vinkhumbo-Nyirenda is having her first season with Sirens.

The club signed the 30-year-old following her impressive form at another VNSL outfit Severn Stars in 2019. 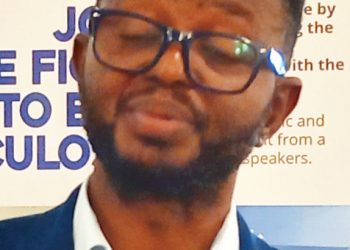