by Moses Michael-Phiri
in Business News, Front Page
2 min read
0
Share on FacebookShare on TwitterShare on WhatsAppShare on LinkedinLinkedinShare via Email

In a clear indication of Malawi’s improving foreign exchange reserves, the country’s balance of payments, as measured by the change in net official reserves, shifted to a surplus in the second quarter. 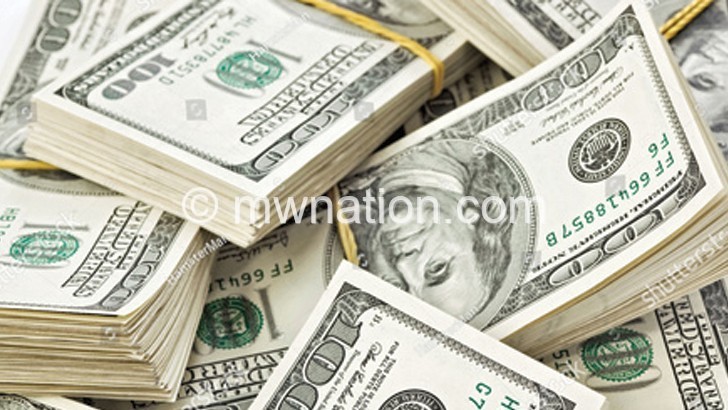 According to the bank’s quarterly Financial and Economic Review released on Wednesday, the positive balance was partly supported by an increase in official capital inflows.

The Reserve Bank of Malawi (RBM) recorded at $29.8 million official capital inflows including a $16.0 million injection from the International Monetary Fund under the Extended Credit Facility (ECF) programme.

The improvement in foreign reserves swung import cover to 3.6 months from 3.2 months in the previous quarter.

While the fiscal deficit—the difference between the government’s expenditures and its revenues (excluding the money it borrowed)—shrank to K27.7 billion, from a deficit of K76.4 billion recorded in the preceding quarter.

In a similar period in 2017, government operations recorded a deficit of K23.1 billion. The overall fiscal deficit for the review period represented 0.5 percent of the gross domestic product (GDP).

The positive performance of the economy, the reports shows, has had a positive bearing on the Malawi kwacha which has remained broadly stable against all major currencies of its major trading partners during the period under review.

“Against the United States dollar, the local currency traded at K730.73 at the end of the review period,” reads the report in part.

Exports registered a marginal decrease of 2.1 percent from the previous quarter to hit $261.2 million. The decline was on account of a downtick in the trading of agricultural commodities, the report shows.

“On the contrary, imports were projected to grow by 1.6 percent to $723.9 million during the quarter under review. As a result, trade balance was estimated at a deficit of $462.6 million from $445.9 million in the preceding quarter. The position was lower than a deficit of $511.1 million recorded in a corresponding quarter of 2017,” the report reads in part.

On the domestic front, RBM maintains that real GDP is projected to grow by 4.0 percent in 2018 from an estimated growth of 5.1 percent in 2017.

The bank says the decline is as a result of low agriculture production due to dry spells and fall army worms experienced in some parts of the country.

Headline inflation registered an average of 9.1 percent during the second quarter of 2018 from an average of 8.6 percent in the preceding quarter.

“At this level, however, the rate was lower than that of 12.8 percent registered in the corresponding quarter of 2017,” the bank said.

The impunity must be questioned

The impunity must be questioned