College basketball teams should brace for a mouth-watering National Bank of Malawi (NBM) Mo626 College Basketball Tournament following an announcement that the second edition’s sponsorship package will be more than doubled from last year’s K30 million.

However, NBM head of strategy, marketing and corporate affairs Wilkins Mijiga said at a press briefing in Blantyre yesterday that the actual package will be unveiled during the competition’s re-launch in Lilongwe on November 3. 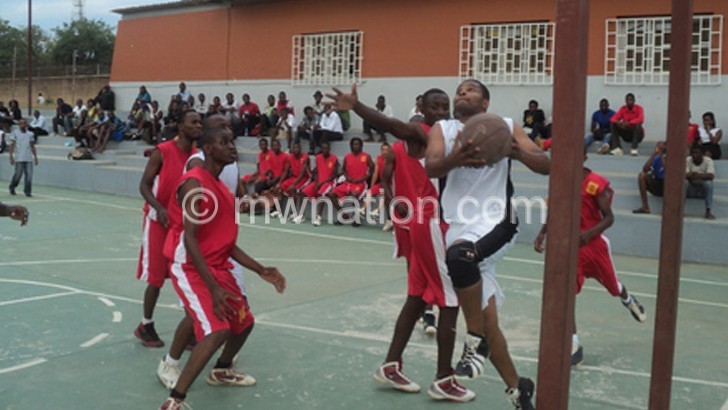 “But all I can say now is that the sponsorship has more than doubled,” he said. “As our mobile banking product Mo626 clocks 10 years, we would like basketball to be a major platform for our celebration.”

Mijiga, who was accompanied by the bank’s head of cards and e-banking William Kaunda, added that their continued sponsorship follows their satisfactory partnership with the Basketball Association of Malawi (Basmal) and the university fraternity on the college basketball project.

“We are back bigger and better. Of course, we signed a three-year sponsorship contract but there was an exit clause if we had not been satisfied in the first year. Our return for the second edition is in recognition of the great success that the maiden edition achieved,” Mijiga said.

Basmal president Hamlet Kamtengeni thanked the Malawi Stock Exchange-listed bank for the trust in his administration and for coming back with a bigger package.

“We are on cloud nine because such a partnership is rare. While many companies are unable to give something to sports due to various reasons, National Bank is coming back bigger and better. We will do our best to safeguard this sponsorship,” he said.

Kamtengeni said the competition, which has both men and ladies’ categories, will start at regional level in the South, East, Centre and North, where two teams will qualify for the national play-offs on home-and-away basis.

The inaugural edition, which saw Malawi College of Accountancy (MCA) Lilongwe Campus and African Bible College (ABC) emerging men and ladies’ champions respectively, involved at least 12 colleges but the next event is expected to comprise 32 colleges across the country. It will run between November this year and March 2019.