by Johnny Kasalika
in Business News, Front Page
2 min read
0
Share on FacebookShare on TwitterShare on WhatsAppShare on LinkedinLinkedinShare via Email

National Bank of Malawi (NBM) has posted an after-tax profit of K8.1 billion in the half-year ended June 30 2015, a 17 percent jump from K6.9 billion realised during the same period last year.

The statement said the anticipation of an interest rate cut was due to earlier observations of a downward trend in inflation.

It said the bank’s own capacity to lend was effectively reduced by Reserve Bank of Malawi (RBM’s) change of the Liquidity Reserve Requirement (LRR) rules by introducing additional Malawi kwacha liquidity reserves against foreign currency balances and other administrative measures to complement its tight monetary policy stance.

The bank, which recently emerged the preferred bidder for the acquisition of 67 percent shareholding of Indebank from government and Admarc, said a sale agreement has been signed in respect of the transaction and plans are at an advanced stage to acquire the residual minority shareholding to facilitate a smooth transition of the acquisition.

In light of the acquisition of the bank and for smooth facilitation of the process for purposes of maintaining comfortable capital adequacy ratios, the financial institution has resolved to pay an interim dividend lower than that paid in the previous year despite the high profits realised.

This means that the bank will pay an interim dividend of K1.5 billion, representing K3.22 per share payable on September 4 from K2.5 billion representing K5.35 paid last year.

Due to the environment of high inflation, high interest rates and a depreciating kwacha, the bank has said it anticipates results for the second half of the year not to be significantly different from those of the first half.n 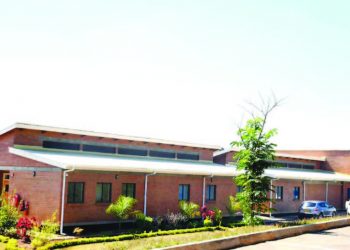