Last week, in the first part of political party regulation series, experts urged that political parties are poorly legislated in the country. But CMD has developed a Political Parties Bill which aims to replace the three-paged Political Parties (Registration and Regulation) Act of 1993. What is the bill saying and how does it address the problem of political party legislation in Malawi? Our Senior News Analyst EPHRAIM NYONDO talks to CMD executive director Kizito Tenthani who explains more in this interview: Excerpts:

Last week you said CMD and stakeholders will come up with a new law on political party regulation. What problem necessitated CMD to begin the process of coming up with such a law?

I would not call them problems, but rather, triggers. Way back in 2008, political parties in CMD were discussing the criteria for membership particularly in relation to non-parliamentary parties. For purposes of inclusion, the Board of CMD decided that the platform should also include political parties that had no representation in the National Assembly. We tried to establish how many parties were actually not in Parliament, we were alarmed with the figures, because that time, and it was topping 30— and now about 55 and counting.

But when we tried to name the parties, we could hardly count up to 15. The question that we failed to answer was why we appear to have so many political parties, and yet we do not get to hear about most of them on the ground. That is what triggered our interest to have a look at the law governing the registration and regulation of political parties. Once we started engaging the current law, one thing that came immediately apparent was that while the law was called the Political Parties (Registration and Regulation) Act, there were not much, if any instruments for regulating political parties.

It would appear that the law was put in place just to ensure that we are able to register political parties. And the history of how this law was put in place confirms that. Come to think of this: the referendum that ushered multiparty politics took place on the June 19 1993. Dr. Kamuzu Banda assented to the Political Parties (Registration and Regulation) Act on June 7 1993.

Notwithstanding other processes that might have been taking place, this would mean when the referendum produced a result in favour of multipartism, people met to draft a Bill to enable the registration of parties, took the Bill to Parliament for deliberations, and passed the Bill and the president assented to the Bill, all in less than 20 days! I would be persuaded to think that this was a piece of work done in haste—of course, for good intentions—with the sole purpose to have at least an enabling law to ensure the registration of other parties that were not allowed before to operate in the country. After more than 20 years, one would think that this is time to have another sober reflection on the law to see if indeed it has served us to bring about political parties that add value to our democratisation project.

Can you please take us through the process of developing this new law? Who did you consult and how participatory was the process?

Once we identified the need that the law needs to be engaged, the first step was to have an expert at constitutional law to take us through the current law so that we fully understand its provisions but also its intentions and implications so that political parties become ready to engage it from an informed view point.

This process involved political parties themselves. Parties formed tentative suggestions, initially to propose amendments to the law, but this idea was immediately put aside and a decision was made that the best way would be to have the current law repealed and be replaced by an entirely new piece of law. We then engaged civil society organisations (CSOs). When positions started emerging on the changes and additions, we invited the general public to make submissions to the proposed bill. We did this through the print and electronic media.

We had several engagements with the Legal Affairs Committee of Parliament. We also took the proposals to the regions engaging members of political parties from the district structures. This process took us from 2010 to 2012. In December 2012, we had a National Conference to have a cross-section of stakeholders interrogating proposals for the Bill. We continued with consultations, and by January 2014, we had a draft Political Parties Bill that was put together by a technical working group comprising a representative from the Law Commission, from the Ministry of Justice, the office of the Registrar of political parties, the Law Society and the faculty of Law of the University of Malawi.

Before we made a final submission to the Ministry of Justice, we took the proposed Bill to all leaders of political parties represented in the national assembly starting with the State President, Peter Mutharika, the Leader of opposition and Malawi Congress Party (MCP) Dr. Lazarus Chakwera, Alliance for Democracy (Aford), Enock Chihana, People’s Party (PP) interim leader, Uladi Mussa and leader of the United Democratic Front (UDF) Atupele Muluzi. It is in our view that consultations of this bill were comprehensive. All these leaders indicated that the bill was timely and they pledged their support.

Can you briefly share what the Bill is all about and how is it different from the 1993 Political Party Regulations Act?

The proposed Bill is fundamentally different from the 1993 Act. To begin with, it has provisions for registration and de-registration of political parties but also there are provisions for the regulation of political parties. If I may explain this, in the current law once a party gets registered, the law does not have much to do with that particular party, apart from requiring it to inform the registrar of changes that may have taken place within the leadership of that party, and nothing much more.

In the proposed law, there are a number of provisions that if a party does not comply with even after it gets duly registered, such noncompliance may trigger deregistration processes. One such condition is that if a party does not get a given threshold at general elections, it should be removed from the register. Secondly, the proposed Bill has taken step to ensure that it is aligned with the liberal principles of our Constitution. For instance, the Constitution espouses principles of transparency and accountability. The proposed Bill has also endeavoured to ensure that it promotes such principles in the conduct of political parties.

The Bill proposes that political parties should become legal personalities in their own right meaning that they should be capable of suing or being sued in their own right. Another important feature in the Bill is the threshhold of members that political parties should have for them to get registered. The current law says that one should get 100 signatures (from anywhere in Malawi) to get a party registered (among other requirements) the proposed Bill suggests that one should get 20 signatures from each of the administrative districts in Malawi. Let me mention another important feature in the proposed Bill, there is a requirement for political parties to be disclosing their sources of private funding.

Now that the Bill is with the Ministry of Justice, are you happy with the progress government is making it?

The progress is rather too slow for us. We had expected that the Bill would have been presented in the National Assembly in the last sitting of Parliament. You might wish to know that Secretaries General of all political parties presented a submission to the Minister of Justice through the Solicitor General endorsing that they are all satisfied with the consultations and the draft Bill that was presented.

Now here are political parties themselves saying that they are happy with what they have proposed for themselves. And leaders of those parties, including the State President endorsed the Bill and agreed that it was timely. It would be mind boggling to imagine the Bill getting resistance. I would like to believe that the technical cleanup should not take too long. The Bill has to be cleared this year so that political parties have room to comply way before the 2019 elections. After championing the Bill, CMD has plans to take political parties through a compliance process, developing their capacity to make them ready to position themselves to respond to the demands of the proposed Bill.

How soon does Malawi want this Bill enacted into law and as CMD what steps are you taking to ensure the Bill is tabled soon? 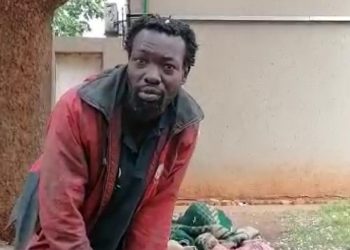