Magga coordinator Jonas Chisale said this on Sunday at Makwawa Scouts Camp in Zomba during a three-day boys’ camp under the organisation’s Safeguard Young People programme.

“The objective is to train the boys in their roles in SRH, gender and leadership, among other life skills, in protecting the girl child and themselves if they are to become fruitful citizens for the socio-economic development of the country,” he said.

On his part, Scouts Malawi national executive commissioner Howard Maujo underscored that efforts to empower girls can be achieved if boys are also empowered at grassroots level.

“Boys need a lot of psychosocial and material support to enable them make informed decisions in protecting girls and taking care of themselves,” he said.

Speaking on behalf of their fellow pupils, Peter Anifa and Elias Ali, thanked the camp organisers and pledged to be exemplary by staying away from reckless behaviour and to work hard in school.

The camp grouped male pupils from Mzedi and Mchoka primary schools in Chiradzulu and Mangochi, respectively, with support from the United Nations Population Fund (UNFPA). 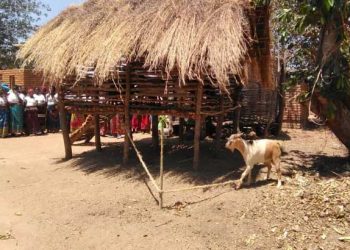