National Initiative for Civic Education (Nice) Trust has embarked on a Build Peace Campaign to contain the growing political and social tension in the country.

Since the announcement of the May 21 2019 presidential election results, there has been tension in the country dominated by mass protests which have turned violent in some cases.

Announcing the new project to the press in Lilongwe Wednesday, Nice Trust executive director Ollen Mwalubunju said the programme will focus on engaging leaders at different levels on how tension can be avoided.

He said: “We are passing through a very fragile time where tension is growing and people are behaving the way they like but we feel this is dangerous so we had to introduce this programme.”

The programme comes almost a week after the British Embassy appealed to political party leaders to prepare their supporters for results of the ongoing presidential election case in the Constitutional Court.

Commenting on the matter before the Nice Trust briefing, Catholic Commission for Justice and Peace (CCJP) national coordinator Boniface Chibwana supported the idea of peace building.

He said: “It’s imperative that we emphasise the need for peace, especially at this time.”

Mwalubunju cited incidents of people killing suspects instead of taking them to police, the abuse of women at Msundweand  political violence that has happened after 21 May 2019 elections as lawlessness.

He said the programme is supported by the European Union (EU) and the Commonwealth has joined the cause to speed up the penetration of messages. 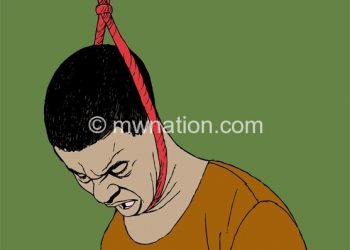