by Lucky Mkandawire
in Front Page, National Sports
4 min read
0
Share on FacebookShare on TwitterShare on WhatsAppShare on LinkedinLinkedinShare via Email

HRDC said on Sunday it was “illogical, lack of prioritisation and an outright abuse of public funds” for government to finance projects for commercial entities when the country was experiencing a myriad of financial hardships.

During his campaign trail prior to the May 21 2019 Tripartite Elections, President Peter Mutharika directed Malawi National Council of Sports (MNCS), Blantyre City Council (BCC) and the then Ministry of Labour, Youth, Sports and Manpower Development to construct stadiums for the two domestic football powerhouses.

Mutharika did not specify the source of funds for the projects then, but last Wednesday, he said the projects would be included in the 2019/20 National Budget which Minister of Finance, Economic Planning and Development Joseph Mwanamvekha is expected to table in the National Assembly today.

But HRDC chairperson Timothy Mtambo said if Mutharika had indeed included funding allocation to the projects in the national budget, his organisation would lobby to have it rejected and instead channel the funding to the health and education sector.

He said if Mutharika wanted to contribute financially to the two private football firms, he would have used personal funds and not taxpayers’ money.

“If not, let Democratic Progressive Party [DPP] bankroll that project in its own way. Furthermore, the party should explicitly demonstrate to Malawians the source of the finances. Otherwise, we cannot allow abuse of public resources on private entities when we are already struggling financially as a country,” said Mtambo.

He said it was surprising that despite most hospitals lacking essential drugs and enough personnel and pupils still learning under trees without adequate learning and teaching materials, government could decide to financially support luxuries for the clubs instead of increasing budgetary allocations to the two sectors.

“That kind of leadership and thinking is uncalled for. For us, that [promise] was a mere campaign gimmick to gain votes, so taxpayers and other citizens who are being hit hard by all forms of taxes must not be punished.

“What was his justification for choosing Bullets and Wanderers? These are teams with able sponsors that are into huge businesses and steady funding. And yet in the country’s main league we have several clubs struggling financially because they are single-handedly financed by individual Malawians,” he said.

However, during the meeting with the two clubs last week, Mutharika defended his move, saying: “I know there are people who are opposed to this development. But these are people who do not wish you well. So, let us ignore them.

“The question of why government is constructing stadiums to private clubs does not arise. My answer to this criticism is that we are developing football in this country. Besides, these stadiums will always be used and enjoyed by the public.”

Economist Henry Kachaje told Nation Online a day after Mutharika made the promise that it was not within government mandate to provide resources for the construction of the stadiums.

“The two clubs are privately owned and it is unlikely Parliament can approve a budget to spend public money on the two private football clubs. I take it that this was simply a campaign promise made without much thought given the [financial] implications,” he said.

Bullets were allocated land near Moneymen Growth Centre along Chikwawa Road for the project while Wanderers opted for land that lies near Kanjedza Forest in Limbe West opposite Blantyre Teachers Training College.

In a separate interview, Parliamentary Committee on Budget and Finance chairperson SosteinGwengwe said his committee was interested to see the vote government would use to finance private firms.

“We would want to see which vote the minister is going to use given that the concerned clubs are private entities and the national budget is public expenditures. We would also want to see how they will reconcile the law with that private expenditure… The big question is: How will the private clubs start consuming public funds?” he said. 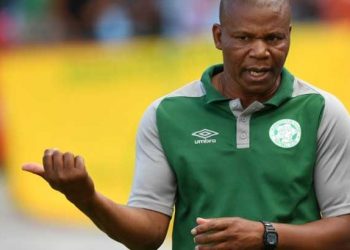