by Johnny Kasalika
in Editors Pick, National Sports
3 min read
0
Share on FacebookShare on TwitterShare on WhatsAppShare on LinkedinLinkedinShare via Email

TNM Super League champions Be Forward Wanderers face Silver Strikers at Kamuzu Stadium in Blantyre this afternoon in a showdown that has the potential to determine their destiny in the three-horse race for the title.

The Nomads lie third in the 16-team top-flight league with 45 points—six points behind second-placed Bankers. However, Wanderers have a four game cushion having played 22 games against Silver’s 26. 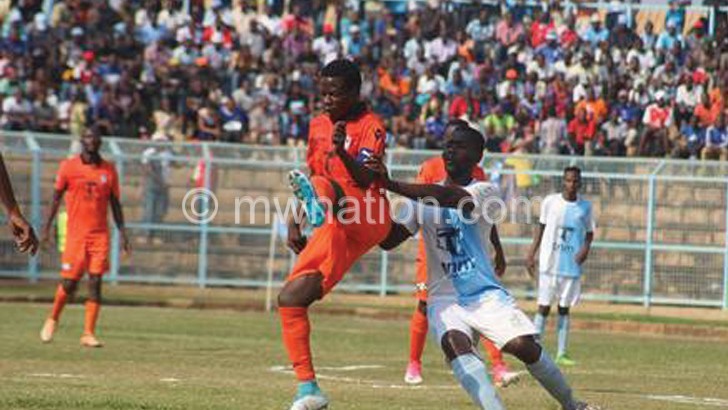 Leaders Nyasa Big Bullets, who boast of being the only team yet to taste defeat, sit pretty at the summit with 55 points from 23 matches and they date Blue Eagles at Nankhaka ground in Lilongwe in another potentially explosive clash.

The Nomads’ title defence aspirations appear uncertain, but their team manager Stevie Madeira still believes in cold comfort that they could spring a surprise.

He said: “We have not given up on defending the title and tomorrow’s [today’s’] game could be our real test.

“We are hoping that we should be winning our remaining games and at the same time, our fellow title contenders should falter.”

The Nomads beat the Bankers 2-1 in their first round fixture, but Madeira said that cannot be used as a yardstick to measure them as favourites.

“That was early in the season and a lot has happened since then. This will be a different game altogether and we have to give Silver the respect they deserve,” he said.

On the other hand, Silver assistant coach Lovemore Fazili said today’s match will be like a cup final.

“To us, today’s result will give us a realistic picture on whether we will still be in contention or not.

“But we are ready for the match and our players realise the importance of this match. They have all been working hard and we will have a selection headache,” he said.

Both teams are plastered with class and  the Nomads also boast a pool of experience.

In Peter Wadabwa, who scored both goals in the first round encounter, Joseph Kamwendo, Esau Kanyenda and Zico Mkanda, the Nomads have experience in depth, but they also have talent in abundance in the likes of Yamikani Chester, Isaac ‘Tcheya’ Kaliati and Precious Sambani.

Meanwhile, Bullets captain John ‘Kintu’ Lanjesi has said they are set for this afternoon’s battle against Eagles.

“In terms of preparations, I would say so far so good. The importance of this match cannot be overemphasised as we are just three wins away from winning the title and that means we have to be focused,” he said.

Eagles coach Deklerk Msakakuona said this afternoon’s match is important because they are eyeing the fourth slot.

“If we can win all our remaining four games then we have good chance of finishing fourth,” he said.

Msakakona, however, said his team will be without strikers Gilbert Chirwa and John Malidadi Jnr who are nursing injuries.

“Otherwise, we are set and preparations have been normal,” said the coach whose side lies sixth with 24 points.

Should we update the old song?

Should we update the old song?