Malawi President Bingu wa Mutharika has time and again shown through word and deed that he does not care about ordinary Malawians. If he cared about the fate of the nation and whether Malawi would be a better country than the one he found when he took over the helms of State, he would reduce on the ranting and solve the problems that beset us.

True to form, he used the occasion of the inauguration of National Tree Planting Season in Zomba on January 4 to fire another broadside at his critics for turning donors against his government on grounds that his human rights and governance record is poor.

But that was not the worst of it. Bingu maintains that he is not the one who will suffer if donors turn off the tap on aid, but ordinary citizens like you and meÃ¢â‚¬â€the very ones whose taxes fund his presidential salary and the perks and privileges that come with it and give him the life of comfort he has grown accustomed to.

What is sad is how a man who was the darling of the people and the international donor community and who turned an ailing economy around between 2004 and 2009 could become a spectacular failure today. I am not a mind reader or a psychologist so I cannot explain the transformation in BinguÃ¢â‚¬â„¢s character and his attitude towards citizens. One thing I am sure of, though, is that his callousness and detachment is costing us all very dearly, and very soon, many of us could find ourselves on the breadline. That is, if there is bread at all given the scary story at Bakhresa.

As we speak, Bakhresa, the sole wheat miller in Malawi and the largest miller of maize grain, has scaled down its operations in the country. The decision has cost 45 Malawians their jobs. It is not known how long the remaining 155 employees will remain on the companyÃ¢â‚¬â„¢s payroll.

The reason Bakhresa has given for the scale-down is known to all of usÃ¢â‚¬â€lack of forex. The decision comes less than a year after the company invested K1 billion in a state-of-the-art computerised wheat mill. Bingu himself was at the inauguration of the plant and made all the necessary noises about economic growth and governmentÃ¢â‚¬â„¢s support for the industry.

Truth is, if Bingu meant what he said, if he cared about the plight of Malawians, he would create an enabling environment for business. That would involve loosening the stranglehold his government has clamped on the foreign currency market and liberalised trade in forex. Yet, he insists he will not do that, arguing that economic saboteurs and so-called investors will siphon dollars out of the country!

What will it take to make our President realise that his hardline is choking the economy and creating suffering. Question is: Which other industries will follow BakhresaÃ¢â‚¬â„¢s footsteps, scale down operations and force more people out of work because they do not have the means to sustain their operations, let alone grow their businesses?

This is a question Bingu must ask himself next time he goes public and tells citizens that he is not the one who will suffer if donors freeze aid to Malawi. Being President, he will never spend an agonising night on a fuel queue while it rains cats and dogs outside, and frankly, we do not expect him to.

But everytime his bloated convoy drives from place to place, he must remember that fuel saved from his fleet could power at least a dozen cars of ordinary motorists or ambulances. The PresidentÃ¢â‚¬â„¢s wife does not go to Admarc to buy maize although the State residences will always have food even when there is the last bag of maize in this country but he must remember we elected him to put in place policies that would ensure that every Malawian has food on the table.

Next time, he takes a large delegation out of the country to attend the centenary celebrations of another African political party, he must remember hundreds of cross border traders who cannot even buy US$100 over the counter in their bank or at a bureau to invest in the businesses that enable them to put food on the table and a roof over their heads.

Come next Christmas, when he addresses the nation, the President must remember that Satan never enacted a single bad law in Malawi nor sign a deportation order for a British envoy and that it was the DPP government and the highly-paid handclappers he has in the House of Parliament.

In short, whether he likes it or not, Bingu will have to care. We did not elect him to be a ceremonial leader to hand over degree certificates at university graduations, to make the odd public appearance and smile for the cameras. We elected him to rule us and to rule us well. We elected him to take Malawi forward not backward.

If he feels he is not up to the task or is not interested in being up to the task, let him say so. After Malawians gave DPP a super majority in 2009, Mutharika arrogantly interpreted it to mean a blank cheque to do what he wishes in this country as if it were his personal estate like Ndata Farm.

Mutharika should not, therefore, cheat Malawians that anybody wants to punish us by lobbying against his government. There is nothing wrong in donors asking the DPP government to rule its own people well through withholding of aid as Mutharika wants us to believe. It is simply a lie.

It is also a shameless twisting of clear facts although, through it, we now know why Bingu does not care about our problems: He and his ministers and hand-clappers are not personally affected. 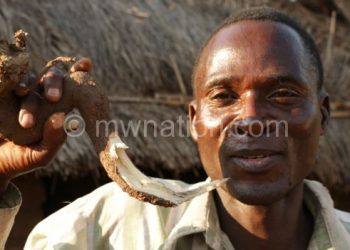 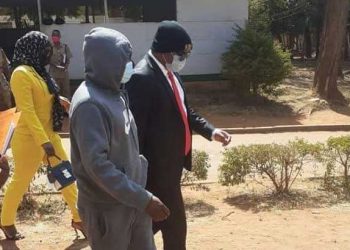 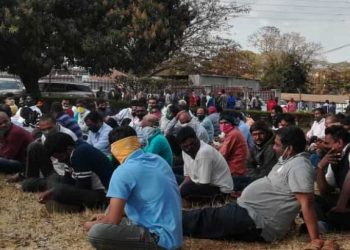