by Edith Gondwe
in Front Page, Society
4 min read
0
Share on FacebookShare on TwitterShare on WhatsAppShare on LinkedinLinkedinShare via Email

Growing up, some of us were used to hearing women singing as they went about their daily household chores. One of the famous songs that actually even made it on some of the country’s radio stations is titled Kamwana Kamwini.

While many of us understood the song as just one of those songs that women sing while doing their jobs, a deeper understanding of the song is that it  is actually a protest song. It talks about sex in marriage in which the wife is complaining with her husband’s huge sex appetite that keeps her up all night and she, therefore, cannot wait for daybreak to escape his demands.

In an interview, Chewa Heritage Foundation vice chairperson Sefren Khamula said back in the days, women used songs when working (pamtondo) to communicate maturely and discreetly to their husbands without the children following.

“It was actually their way of getting off their chest things that bothered them. It worked because they were able to entertain themselves while at the same time pour out their hearts to those involved without alarming children. Kamwana Kamwini is one of such songs,” he said.

Khamula said many then, and even now, never realised that the women were respectfully but effectively airing out their grievances for attention but those involved knew.

And now urban artists are going back to those songs, adding a modern element and recording them.

One of them is legendary producer and singer Tapps Bandawe who recently collaborated with Tay Grin, Tsar Leo and Sangie on a remake of Kamwana Kamwini remake. This time the song is titled Mayo Mayo.

Listening to the song, one cannot help but notice the explicit lyrics which openly talk about sex.

It goes it part: “I can see you wanna ride me, turn around and grind me, hold me tightly put your legs around me….I can read your mind. Nambe wagoma, mmene ndilizira ng’oma.

Commenting on the new version, Khamula said it is great that modern artists appreciate the old folksongs.

“By redoing folksongs, they will preserve them. These songs won’t die. But at the same time they are diluting the essence by directly interpreting the songs for the children to understand that this was a sexual song,” he said.

In an earlier interview, Bandawe said the sexual theme of the song is a reminder how for decades our forefathers have used the artistic medium to address subjects that were otherwise considered a taboo at the same time unavoidable.

He said: “Back in the days, people could talk about sexual issues through songs and dance. So, talking about sex in the new age should not be a taboo.

“We want to show that in our culture these things have been there and we can talk about them through music, which is why we are fusing modern urban and traditional culture to come out with a Malawian sound that people out there will enjoy.”

Rapper Tay Grin who has in the past recorded modern versions of several folksongs said new touches to old songs is the only way we can preserve them.

“When we add the modern genres to folksongs, we encourage the younger generation to listen and in the process preserving the old songs. The young people will eventually dig deeper and appreciate even the original versions of the songs,” he said.

But people we interviewed had mixed reactions to the new . While some had no problems with the modern version of the folksong, others felt it is too direct.

Said Mirriam Kosi of Ndirande: “In our society we do not directly talk about sex. But in this song, the artists are as direct as they can be. The original song was very discreet.”

But Green Phiri differed: “There is nothing wrong with the song. Even the original Kamwana Kamwini was a sexual song. So, I have no problem with this new version.” 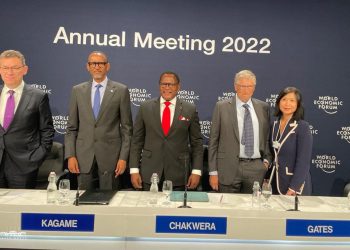 Malawi, 4 others benefit from Pfizer