One parable too many

That Vice-President Saulos Chilima wants to become the country’s next president is the worst kept secret. And it’s not a crime to have such ambition either particularly for a sitting Vice-President. From that office, there is always only one position that one attains without the aura of demotion.

Quite a few people, too, genuinely believe Chilima has the credentials to make a good president. Some have put so much of their political careers at stake, for speaking, without any ambiguity, of the need for the country to make Chilima the country’s sixth president, and not in the future, but now. 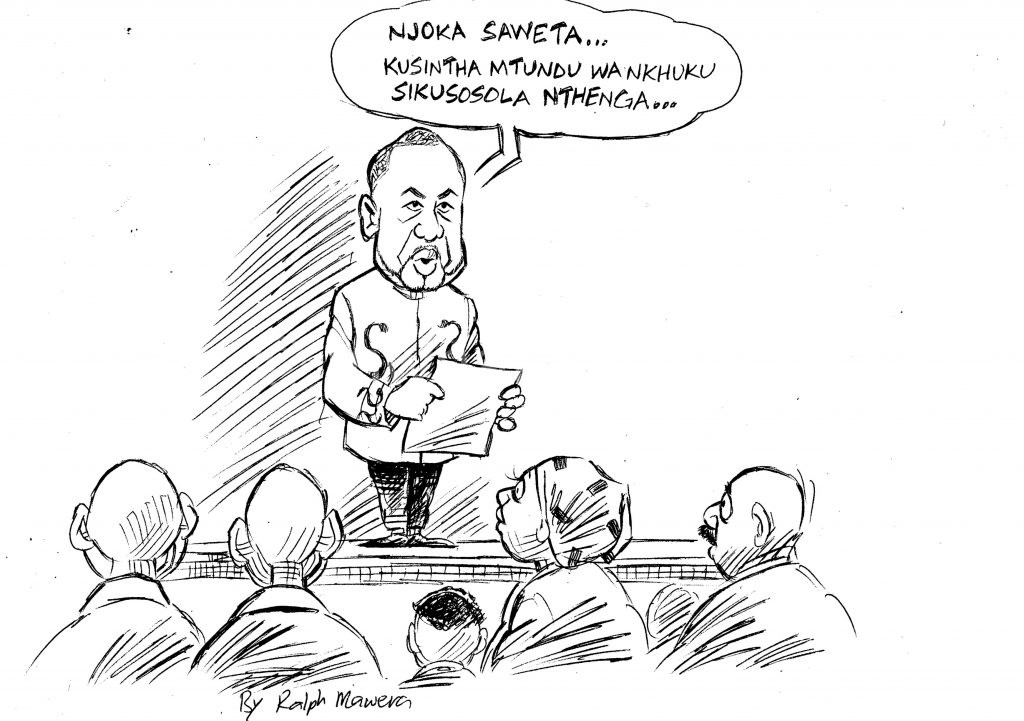 Those saying so, are making the suggestion to the chagrin of an incumbent president and his loyalists who have made it abundantly clear they are not ready to relinquish power.

For Callista Mutharika, former first lady and President Peter Mutharika’s in-law, one can imagine the price has been greater; as she not only had to dispense with the ‘blood-is-thicker-than-water’ mantra, but also be the first person to break longstanding political taboo that an incumbent president is always automatic candidate for the ruling party.

For others, like Patricia Kaliati, the price has been actually greater than the cultural awkwardness Callista has been through. At a presidential rally, her husband, the publicity-shy fellow DPP lawmaker, Angie Kaliati, was summoned to stand up in the middle of the belligerent DPP governor for the South Charles Mchacha’s speech. After standing, Mchacha told the audience, “Mr Kaliati, a gentleman, married an idiot”.

Then he was asked to sit down without a chance to defend his family’s honour.  Their daughter was, allegedly, immediately recalled from a diplomatic post—you see how cronyism works? There have been protests organised in Kaliati’s constituency; while campaign meetings she has been organising have been disrupted by unknown thugs. That all, not counting a social media campaign to slander her name.

All this brings us to this point, why is Chilima then opting for the easy way out. Why is Chilima opting to speak in riddles and parables when his surrogates are speaking so bluntly and clearly? Why is Chilima pretending that he doesn’t want to become the country’s President, when we all know he does?

While the last of those questions can be excused as due to political calculation, one struggles to find Chilima any excuses for failing to open up and say what is wrong with this government, which for four years he has been second-in-command. He is wasting time failing to make an argument on why Mutharika must go in 2019.

More worryingly, Chilima is limiting even those few speeches where he discusses the country’s affairs, to church gatherings and worryingly for someone seeking national consensus and national vote, to only Catholic Church events.  He ought to go to the rural areas and meet the villagers who constitute the biggest demographic of voters.

He ought to speak clearly as many observers have in the past and now, about the abundant failings of this government—while mindful that as deputy leader, of course, cannot be separated from the failings of this government. He must hit the campaign road and drop this façade of still consulting when we all know he long decided that he wants to be our leader. Failure to do so will render Chilima to accusations that he is a coward and he is afraid to make pronouncements that will eat him if he loses.

Malawians don’t want a leader who is more concerned about winning than doing the right thing. Even the DPP can win elections, again. MCP, too, can win, but we want selfless leadership. And by calling a spade by its real name, Chilima will demonstrate that he is in it not just for victory or is concerned with the ‘what if’ question.

Chilima’s first line of defence, if voters were ever to be cast in military terms, are the progressive urban people who are not looking for platitudes but clear demonstration that his movement—which is not built on any ideology but hope that Chilima is the right candidate for the job—is the best bait. n

Is she fooling me?