Malawi Shipping Company has postponed commencement of an international route for MV Chilembwe to unspecified date to give room for discussions with Tanzanian authorities, Nation on Sunday has learnt.

The ship was supposed to start sailing on July 5 from Nkhata Bay to Mbaba Bay in Tanzania. The commencement of the route, which includes Likoma and Chizumulu islands would be on trial basis.

However, the vessel has not started sailing as planned, a development the company has attributed to ongoing discussions with the Tanzania government over the use of Mbaba Bay.

In an interview on Thursday, Mota-Engil spokesperson Thomas Chafunya assured the public that the ship will start sailing as soon as Malawi Shipping Company concludes discussions with the Tanzanian authorities. But he could not be drawn to say when the ship is expected to start sailing.

“The ship is just okay. It is functioning very well as it was only undergoing a routine maintenance. The issue is that we are working on concluding formalities with Tanzanian authorities. We will issue a schedule to that effect in few days’ time,” said Chafunya.

He said there is growing business between Malawi and Tanzania and Malawi Shipping Company is committed to serving people through reliable water transport. 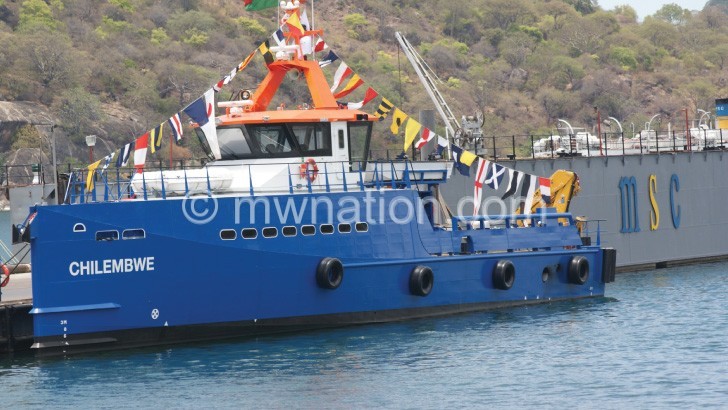 People of Likoma recently hailed the coming back of MV Chilembwe and the new schedule, saying it will help them to reach their destinations on time and safely.

Likoma district commissioner Peter Jimusole said the coming back of the ship is a big relief to people of the district, especially the working class.

He said when MV Chilembwe is grounded, the working class is most affected as it spends more when going to Nkhata Bay, using other means of transport.

He said the vessel enables them to travel from the island and back without incurring extra expenses.

A kleptocracy at 54 and still growing