The Shire Valley has always been infested with mosquitoes so much so that malaria cases became a norm other than an exception. The use of mosquito nets in the fight, however, was challenged by local people’s superstitious perceptions. CHARLES SIMANGO explains why people are now embracing insecticide-treated nets.

Mtemanyanja Village, in the area of Traditional Authority (T/A) Chimombo in Nsanje, looks like any typical fishing village—there are nets every everywhere you look. There are nets hanging from trees, nets on wash lines and nets hanging from doorframes. Except for the fact that the green nets that dot the village are not for fishing. These are insecticide-treated nets (ITNS) under which families spend their nights. Because of the heat in Nsanje, most people sleep outdoors, especially during the hot season, which starts around August and peaks in October until the onset of the rains, towards the end November or early December.

According to Mary Sandram, a health volunteer based in the village, sleeping under mosquito nets is a relatively new concept in the area, despite high incidences of Malaria due to the swarms of mosquitoes that flourish in the hot, dry Shire Valley climate.

“Except for women who received free nets from antenatal clinics and a few people who bought nets on their own, sleeping under mosquito nets was not popular here.

“The only known use for nets was fishing and that is why even the women who received free nets from the clinics ended up selling them to fishermen or gave them to their husbands to be used for fishing,” she says.

Mary says that, while people in the area have now embraced the health-seeking behaviour of sleeping under mosquito nets, the beginning was not easy for the group of volunteers which was formed after the Anglican Diocese of Lake Malawi in partnership with SSDI-Communication project initiated community mobilisation activities in the area to address health challenges. The project was implemented in Nsanje with support from USAID.

Under the project, traditional leaders, religious leaders, village development committees were oriented on how to mobilise their communities around health issues. This led to the formation of volunteers groups like Mary’s, which operated under Community Action Groups (CAGs) to spearhead behaviour change communication outreach activities in their communities.

Mary recalls her group meeting a lot of resistance when they started to educate people in the area, through drama performances, on the proper use of mosquito nets and discourage them from abusing nets by using them on gardens and bathrooms, or for fishing.

“People resisted, using any excuse they could think of. Some said they were afraid that sleeping under a net would impede them from escaping in case of any attack from wild animals since most people sleep outside. Others were just superstitious, saying the 4-cornered nets looked like a coffin and sleeping under them predicted death in the family,” she explains.

Mary says over the years, the volunteers have managed to convince almost all the people in the area to understand the importance of sleeping under mosquito nets by persuading them with facts and, in some cases, innovation, to overcome fears and superstitions.

“To sidestep superstitions and fears associated with the four corners of the nets, we resolved to advise people to start using a single-point hanging system, which, not only gets rid of the ‘coffin’ superstition, but also makes it easier to hang the net,” explains Mary.

And the efforts are bearing fruit. Most households have taken the fight against malaria to the next level by putting green insect screens on the windows, which are repurposed from worn out nets.

She says people are also replacing worn out nets with new nets which they buy with their money. Mary says it is easy for her to convince people to buy nets because she is among those who use their own resources to buy mosquito nets to ensure malaria is kept at bay.

“I bought my first net using my own money following medical advice which I was given at Mbenje Health Centre after my child fell sick with malaria. Six years on, there has not been a single case of malaria in my house,” she says.

Initially, she put all her four children under that single net while she slept outside the net until 2013 when she received her free net from a government-funded free net distribution in the district. She then received another net when she started attending antenatal clinic.

Mary’s family is not the only one that has reaped benefits from use of mosquito nets. According to statistics from the Mbenje Health Centre and the surrounding health facilities, malaria episodes among under-five children, over five years and adults have dropped sharply from 2012 when the SSDI-Communication project initiated community mobilisation activities to address the health challenges.

“There is no doubt that these interventions are working,” says Mr. Kadulira, a senior health surveillance officer based at the Nsanje District Health Office.

‘A suspect is innocent until proven guilty’

Need we another tourism development strategy? 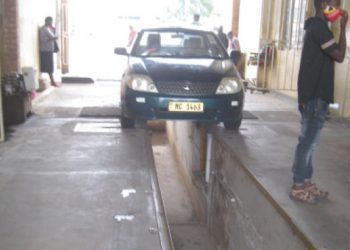 Need we another tourism development strategy?