PAC follows up on DPP pledges

Malawi’s Public Affairs Committee (PAC) has organised a two-day conference to advocate amendment of Local Government Act which will promote transformational leadership at local level as the country continues with the decentralisation process.

PAC executive director Robert Phiri said in an interview on Monday that the conference, funded by DanChurchAid and Tilitonse Fund, would be held in Blantyre from August 26 to 27 2014.

Phiri said during the consultations with presidential candidates prior to the May 20 Tripartite Elections, the Democratic Progressive Party (DPP) indicated that it had no problem with the initiative to amend the Local Government Act.

He said: “It is the belief of PAC that transformation cannot be achieved without dealing with local level leaders. In view of this, PAC in collaboration with other players will begin to advocate amendments on Local Government Act.”

He said delegates to the conference would be drawn from government, the Council for Non-Governmental Organisations in Malawi (Congoma), Malawi Electoral Support Network (Mesn), Malawi Congress of Trade Unions (MCTU), political parties and faith community, among others.

During the presidential interface meeting in the run up to the polls between PAC and DPP officials led by President Peter Mutharika, the party indicated that it had no problem with the proposed amendments to the Act and the decentralisation policy apart from suggesting that the terms of reference and conditions of service for councillors need to be explained.

The DPP leadership agreed during the interface that there was a need to respect the Vice President as a constitutional office, but emphasised the reciprocal need for vice presidents to conduct themselves in appropriate manner and behaviour.

“Sometimes the problems come about when the vice presidents behave as if they are in a hurry to take over the presidency,” pointed out the party during the meeting in February this year.

Top City to use show proceeds for Miss Mzuzu 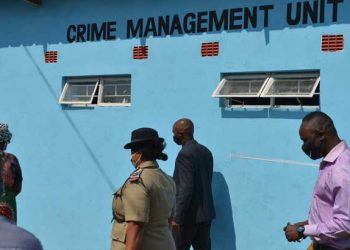 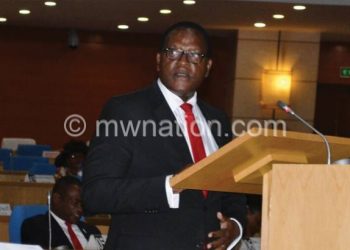 Top City to use show proceeds for Miss Mzuzu