Paediatric ward to open next year—Madonna

The pop star, who toured the ward’s construction site yesterday at around 13:34 in company with her two Malawian adopted children Mercy and David, among others, said she was excited with the progress of the facility.

Clad in black flared trousers, a white blouse, a black cardigan and a fedora hat, the pop star started her tour of the facility which, apart from the ICU, will also include three operating theatres, a day clinic and a 50-bed ward.

Speaking to journalists after the tour, Madonna, flanked by one of QECH’s four paediatric surgeons Dr. Eric Borgstein and his trainee Dr. Tiyamike Chilunjika—with whom Raising Malawi is working in the project—said she thinks the facility will make a difference and save lives of children.

Speaking on her interest in Malawian children, Madonna said: “Children are the future and that is kind of obvious. I love children because human beings are purest when they are children; they are the most honest, the most creative. Ultimately, my children have been my teachers.”

On whether the facility is going to be paying or free-of-charge, Madonna said eventually there will have to be some people that will be paying but for the most part, children will be accessing the facility for free.

Madonna, who was appointed Malawi’s Goodwill Ambassador for Child Welfare by President Peter Mutharika in 2014 during her last visit, is expected to have an audience with the President today. 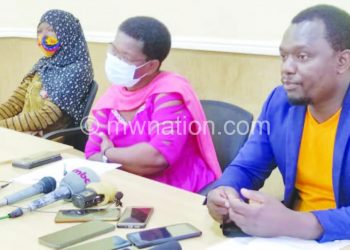